The News Fetcher
Home Anime Yasuke: How Netflix and MAPPA wasted its potential 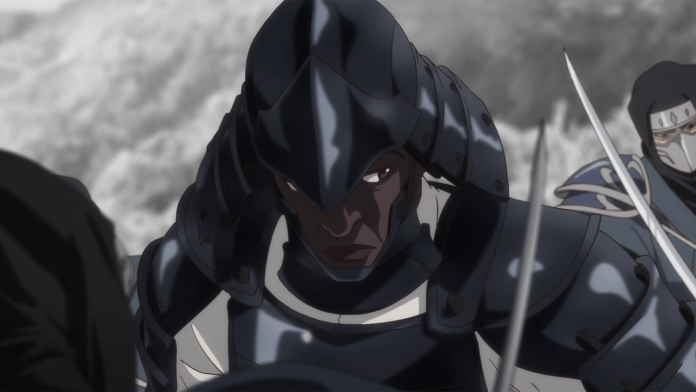 Every year we have hundreds of new animes that are released, and with platforms like Netflix now betting on their own productions, the sector has the potential to continue growing in the coming years.

One of the most recent anime releases is Yasuke, ‘the story of the first black samurai’ which, however, has not managed to live up to the hype that it promised.

It should be clarified that the intention towards criticism is not to represent the simple idea of ​​’Yasuke is a bad anime’, but to list a series of reasons why a story with much more potential is wasted.

Lack of depth in Yasuke’s own story

Possibly the point that plays most against “Yasuke” is the treatment of his story. Although it is assumed that the main asset around the story of “Yasuke” focuses on the fact of telling the story of the first black samurai, the truth is that this quickly ends up in the background. Instead, what we find is an anime that focuses on fantasy, with all kinds of powers and an aesthetic far from any reality.

In fact, the greatest sin of “Yasuke” is that he chooses to narrate in a series of flashbacks the real history of the character, when he went on to serve under the figure of the prevailing Oda Nobunaga. This name is one that always resonates in the history of Japan, but the Netflix anime offered the opportunity to study it in a closer way through someone who was known to have served his person, something that, again, takes little time to be discarded.

Logically, before “Yasuke” was released, we were already warned that the story was going to contain elements such as magic or mecha, and that is good to expand the concept if there is not much to choose from. However, each new flashback that is presented in the anime makes the interest in the protagonist’s origins grow and, at the same time, decreases for a story that ends up being summarized in the already typical ‘good against evil’ of the fantasy.

Quite in relation to the lack of depth in what is about the real story of “Yasuke”—beyond some parts— we also find that many of the characters that appear in anime have a completely wasted potential. We are talking not only about Nobunaga or Yasuke himself, but others like Natsumaru or even Nikita.

Many characters, all vaguely explored

As I have pointed out, the basic problem with “Yasuke” is that, having a very interesting historical base to explore, he completely leaves aside everything he has to immerse himself in a story closer to Dragons and Dungeons than to what should be been. In this sense, Natsumaru is, along with Yasuke, possibly the most wasted character in the entire anime .

As we see throughout the anime, it is understood that despite the achievements of Yasuke, by the color of his skin many would always see him as a mere ‘servant’, someone who should not occupy the rank or relevance of the one who arrived enjoy it. Natsumaru, as a woman, finds herself in a similar position, and yet at practically no time do we see a real effort to demonstrate the complexity of their position.

Ultimately, Natsumaru ends up being used as a mere romantic appeal, typical of the most basic stereotype in the hero’s history, to give Yasuke a final push during the final battle. Again, despite having a magnificent base to explore, from Netflix they choose to scratch a surface that has already been visited countless times and that could have been done in the same way with other characters that would not have been Natsumaru or Yasuke.

It is similarly annoying to see that he presents us with an Oda Nobunaga, genuinely interested in something he had never seen before—a dark-skinned man—only to end up leaving him again as a simple object of motivation for Yasuke. Although in the anime we clearly see how Nobunaga breaks away from all prejudice to embrace the enormous potential of Yasuke, this is again something that is superficial because the narrative structure chooses to rely more on the fantastic than on the minimally historical.

Oda Nobunaga is one of those figures who defined the entire history of a country, and as such each new opportunity to study it in a different light is something that should be squeezed out as much as possible. His relationship with the eponymous protagonist in “Yasuke” was one of these, and unfortunately it was largely overlooked. This precarious treatment of the characters is something that even occurs with those of a clearly secondary cut, such as Nikita and his group of mercenaries.

Although it can be argued that the relevance of these is minimal in the general vision of the story, it can also be said that at a certain point their intervention is key for Yasuke and company. However, characters like those of this group of mercenaries, as well as Ichika, go into action to be massacred at their peak or, simply, disappear from the scene without knowing if someone is still alive or not.

The truth is that all the negative points of “Yasuke” come to the general feeling that history as such is its greatest weakness, being saved only by Yasuke’s own figure as well as the bloody and refined animation that MAPPA deploys on more than one occasion. In any case, exploring the story presented by Netflix in just 6 episodes is something that should not have happened.

Not only does “Yasuke” feel like a story in a hurry to fit into that framework of shortened chapters that Netflix wants to use over and over again for some reason, but by the nature of the story, one feels that what you’re watching is actually a season 2 of “Yasuke”. And it is that without desire to be repetitive, what this anime lacks above all is a previous season completely dedicated to exploring the arrival of “Yasuke” to Nobunaga’s forces, the development of his relationship with Natsumaru and the similar conditions against tradition.

The use of flashbacks may be suitable to brush strokes on the character of a character, but not to overwrite an entire story that surely has more potential than a simple fantasy story. If in the future Netflix gives the green light to more “Yasuke” content, and it seems that way taking into account the statements of its executive producer, the platform would do well to look to the past and not so much to the future.

“Yasuke” is, unfortunately, an anime that falls far short of what it could have been . The bases were great and the potential was immense. At this point, the tale only serves as mere entertainment for its duels, and it will be up to future iterations to get the story to find real value. 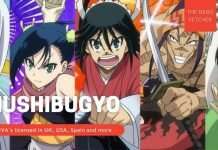 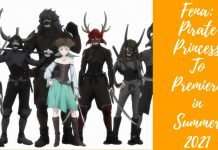