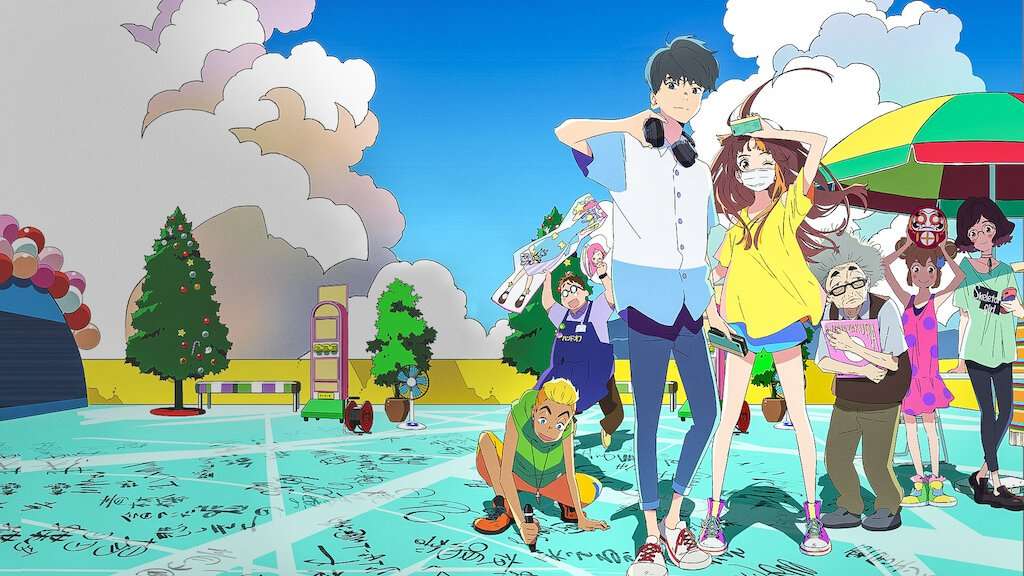 Netflix has released a new anime, Words Bubble Up Like Soda Pop and it might just be a new modern classic. Fans of other classic anime like the critically acclaimed anime Your Lie In April are in for a treat with this one because they were both directed by the amazing Kyohei Ishiguro.

Initially set to release on May 2012, it had to be postponed due to the pandemic but it’s here now and available to watch on Netflix. So is it really as sad and beautiful as we hoped it would be? Let’s find out.

The Story Of Cherry And Smile

The anime, Words Bubble Up Like Soda Pop, is about the story of two teenagers, Cherry (Sakura), a boy who has trouble communicating with others and Smile, a girl who is insecure about her buck teeth. Smile has braces and wears a mask to cover her buck teeth because she does not like them.

The two meet when they accidentally exchange their phones while bumping into each other at the mall. After getting acquainted with each other, they become friends and Smile begins to work at the same day service for senior citizens as Cherry.

Smile is also a famous high school influencer in an app called CurioLive, where she and Cherry begin to bond. Cherry watches her lives and Smile ‘likes’ the haikus posted by Cherry.

The Moral Of Self-Acceptance In The Story

The story of Cherry and Smile follows their adventure in trying to find a record for Mr. Fujiyama, an old man who comes to their day service. The record was his late wife’s who also had buck teeth. Her record was called Yamazakura, a term meant for people with buck teeth because Yamazakura leaves grow before cherry blossoms.

Although Cherry has trouble communicating his feelings, he finds a way to express them through his haikus and at the same time, helps Smile to love and accept her features. He declares his affection for Smile in what is probably one of the most romantic scenes in anime history with a haiku: