“Eternals” might be Marvel Studios’ latest major superhero project, but it’s a film of ambition at its heart. The movie centers on an obscure set of powerful god-like people from legendary writer and artist Jack Kirby, but it’s also a big-budget affair starring major Hollywood talents such as Angelina Jolie, Richard Madden, Kit Harrington, Salma Hayek, and Gemma Chan.

The film is helmed by Oscar-winning director Chloé Zhao, who gave Marvel Studios President Kevin Feige a unique poetry-centered pitch for her vision of the film to ultimately gain the director’s spot. Even before its official premiere, “Eternals” felt like it aimed to ride on a completely different wavelength compared to its other MCU siblings.

Overall, it looks like Marvel’s most mature effort thus far, and viewers will probably feel this, especially during a particular love scene between two of the film’s characters. That’s right, “Eternals” isn’t afraid of physical romance, and what’s more surprising is why its love scene appears in the first place.

Read this: Eternals: What Will Happen To The Frozen Celestial?

The Love Scenes Were Already In The Treatment For The Film

With Disney in charge, we probably would have expected a behind-the-scenes battle for artist integrity or story maturity as a reason for “Eternals” to include a love-making scene between its two major characters, Sersi (Gemma Chan) and Ikaris (Richard Madden). After all, when it comes to forms of onscreen physical intimacy in the MCU, we’re often left with, at best, a passion-filled kiss, and at worst, a suggestive quip or one-liner.

But according to the movie’s director, Chloé Zhao, there was no battle against the need for the scene. As she told Variety, the scene was included in the film’s treatment she read before she agreed to direct it. Zhao continued in the article, defending the scene’s inclusion, saying “It’s lovely to see two people show physical affection for each other—a kiss, make love.”

Read this: Eternals: What’s The Deal With Eros?

The fact that Marvel Studios and Disney included the scene in the treatment and didn’t force Zhao to cut it out, not only hints at Zhao’s skill at shooting a tasteful love scene but also shows that “Eternals” is aiming for a weight of seriousness we haven’t seen in the MCU so far. Maybe we truly have come a long way from upside-down kisses. 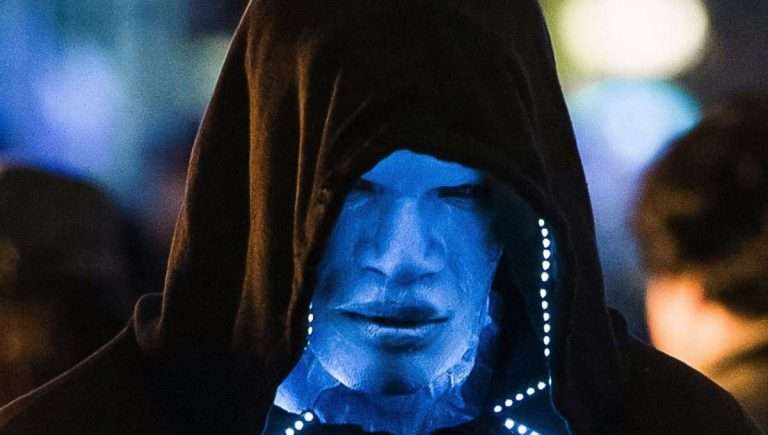 Advertisement After conducting most of its principal photography in Winter 2020 into Spring 2021, Doctor Strange in the Multiverse of Madness returned for a six-week reshoot period in November 2021. Star Benedict Cumberbatch pointed to “logistics, COVID, etc” as the reason for the reshoots, but this Gargantos situation may also be a factor. Read this: Synopsis For Doctor Strange in…