The News Fetcher
Home TV Disney + Why Was Spider-Man Not In The Falcon And The Winter Soldier? 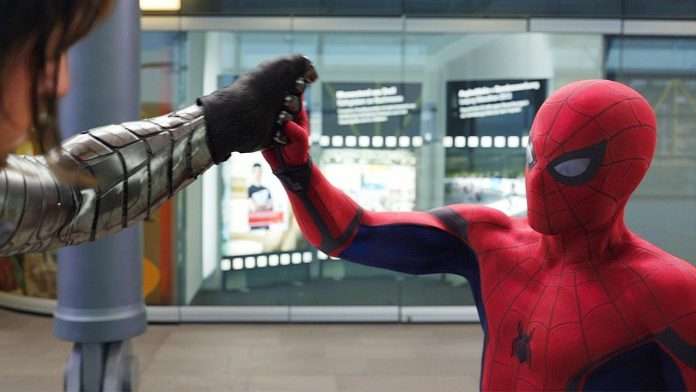 Well, for starters, Anthony Mackie would’ve not shut up his mouth if Tom Holland was there on set, and there would’ve been no TFATWS in that case.

Where was Spider-Man during TFATWS?

Marvel has its own way of keeping up with everything, and only years after we have found out how things exactly happened in what order it happened.

Now that everything in phase 4 is after the blip and what happened once they returned home, TFATWS dealt with the aftermath of the government managing the people who relocated during those few years in a really bad way.

We saw the effects of government having the power, and as predicted by Steve Rogers, it didn’t work out now, did it?

But the question which annoyed some fans was that why wasn’t Spider-Man in TFATWS? Well, he is, after all, an Avenger, and he has the first-hand experience in tying down Sam’s wings and webbing Bucky’s arms so.

Does Marvel have problems bringing in other Heroes?

Well, this has been the case for Marvel from the first. Remember when the entire government was chasing Rogers during Winter Soldier? Well, they chose to trust Sam and ask his help rather than Tony Stark, who could literally make you disappear.

That’s the thing with Marvel, they won’t go for the obvious. Tony Stark never asked for help, neither did Steve Rogers. Wait, not even Spider-Man asked for help.

Frankly, these Avengers are very well mannered. They don’t like to disturb other Avengers with their problems. The same has happened in the comics.

Yes, Malcolm Spellman wanted Spider-Man. Well, because the final scene was in New York, the reigning kingdom of Spidey. And they could’ve gotten help because they were pretty underhanded.

Malcolm Spellman, who wanted it, was refused by Kevin Feige when he said adding other heroes into a show or a movie should occur organically. For a fictional universe, Feige does take a lot of things into consideration, doesn’t he?

When Spellman was asked about it, his response was this,

Of course! Then Kevin Feige tells you, ‘No. Stop it.’ Listen, when you first show up to these projects, in your mind, you think you’re gonna get to use everybody in the MCU. But Marvel always asks, ‘Does this person belong in this story? You cannot just geek out and put all of our characters in your project because you like them. They have to occur organically.’ So, Spider-Man did not make it.

Well, he does have a point.

What was Spider-Man doing during the New York Incident in TFATWS?

There are high chances that he was fighting off some Bank Robbery or trying to figure out something MJ said or trying to finish a video game, or even sleeping through the entire event.

All of these are equally possible given that Peter Parker is a teenager. So, it is true it didn’t occur organically for him to be there, and now we know why Kevin Feige is the boss.