The News Fetcher
Home Uncategorized Why Did The Mumbai Police File An FIR Against Disha Patani And...

Disha Patani Tiger Shroff booked: The two actors landed in trouble with the Mumbai police and got booked. An FIR was registered against the duo by the Mumbai police for violating COVID-19 norms during the state’s lockdown.

Actor Disha Patani and rumoured boyfriend Tiger Shroff have been booked by the Mumbai police for roaming around during Maharashtra’s lockdown. A case was also registered against them as per official reports.

Maharashtra has enforced a lockdown in its state till June 15. Citizens are allowed to go out only for essential purposes. The timing for gathering commodities also strictly remains between 7 am and 2 pm.

The duo was caught roaming without valid reasons after 2 pm at Bandstand Promenade on June 3 despite the norms of the state. After this, a case was registered under Section 188 (Disobeying the order of public servant) of the Indian Penal Code.

An FIR has been registered against actors Tiger Shroff, Disha Patani & others for violating COVID-19 restrictions: Mumbai Police

Mumbai police reported that the actors were not arrested at the time because Section 188 is a bailable section. However, Tiger Shroff’s mother, Ayesha Shroff took to Instagram to defend her son after the news of FIR being filed surfaced online.

Ayesha Shroff claimed that her son and Patani were heading home and the police were simply checking their Aadhar cards. She said that media outlets should get their facts right before spreading news like this.

Further, Ayesha pointed out how her son has been helping people out during the pandemic and no one talks about it. “How come no one writes about the free meals he’s providing to front-line workers!!” she wrote in a now-deleted Instagram post.

Ayesha emphasized how no one is interested in roaming around during the pandemic. But the duo had also been caught the day before. The FIR case happened a day after Shroff and Patani were caught when they were reportedly out for a car ride on June 2.

The official handle of the Mumbai Police cleared various allegations using a creative tweet. They posted a tweet regarding the duo being booked without naming them. In a creative spin, the police mentioned the films they starred in instead of their names.

In the ongoing ‘War’ against the virus, going ‘Malang’ on the streets of Bandra cost dearly to two actors who have been booked under sections 188, 34 IPC by
Bandra PStn . We request all Mumbaikars to avoid unnecessary ‘Heropanti’ which can compromise on safety against #COVID19 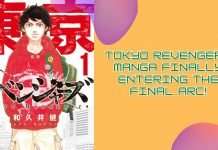