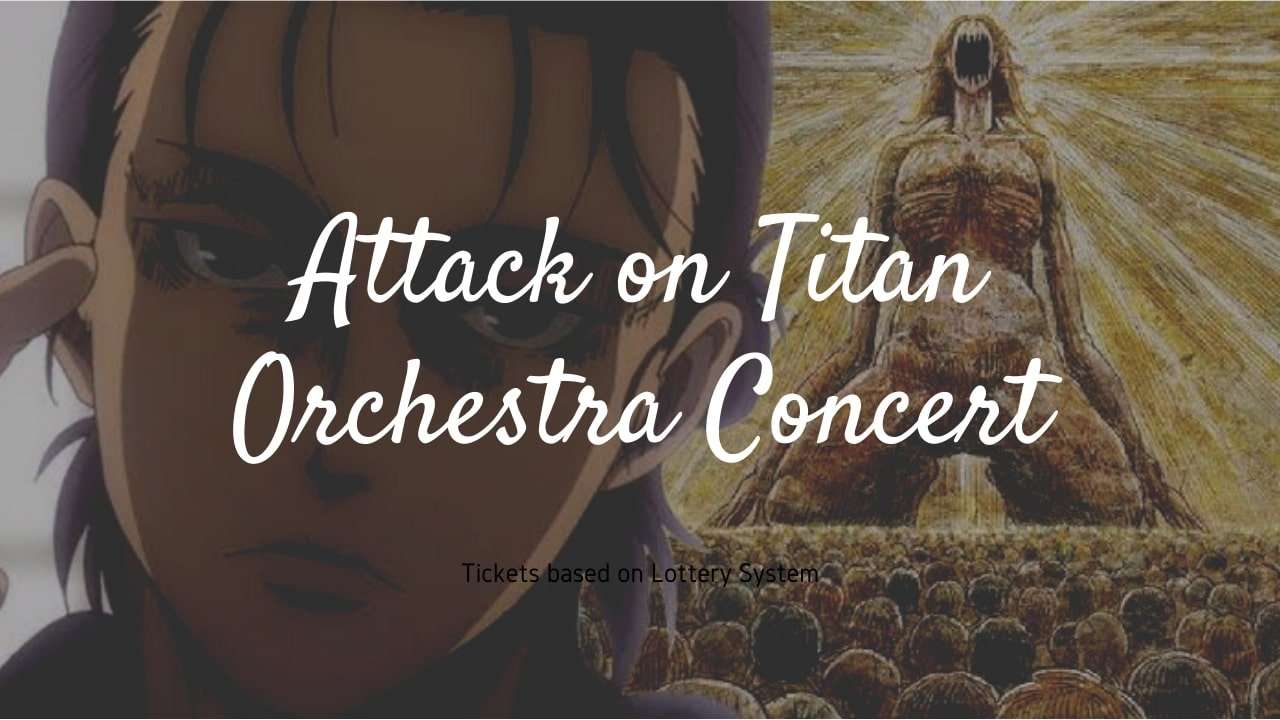 Watching the Attack on Titan anime would be an incomplete experience without listening to the stellar opening and closing OSTs. The opening theme usually sets the tone of how humanity finds the strength to persevere even in a bleak dystopian world like that of AOT.

The songs are usually more upbeat and induce a sense of love for humanity. While the Ending theme of AOT tends to be more reflective and leaves a lot of room for the viewer to contemplate upon.

Some fan-favorite OSTs of Attack on Titan include the following:

That’s why when I heard about the Attack on Titan orchestra concert, I was exhilarated though I have no plans to attend. Hopefully, I’ll get to attend in the future.

Must Read: Attack on Titan Enters The Guinness Book of World Records!

Attack on Titan‘s official Twitter account made a thrilling announcement that has left many fans visibly excited. They announced that an Orchestral concert will be held on August 22 in Kanagawa Pacific Yokohama National University Hall.

The music composers of the entire anime Hiroyuki Sawano and Kohta Yamamoto will be performing at the concert. Aimee Blackschleger, Laco, Eliana, and mpi will be gracing the concert as special guests.

Unfortunately, getting hold of the tickets won’t be easy. There will be a lottery system which will start from the 7th of July till the 20th. They will announce the results of the lottery on the 23rd of July when it’s 7 pm by Japanese Standard Time.

You’re not entirely powerless though. To have better chances of securing a ticket, you can purchase the first Blu-ray/DVD volume of the final season. The DVD will be out on July 7. That way, you will be able to get some priority concert tickets.

Must Read: Attack on Titan Season 4: The Curse of Ymir Explained