The News Fetcher
Home TV Disney + Which Shot From The Falcon and the Winter Soldier Has Kept Audiences Hooked? 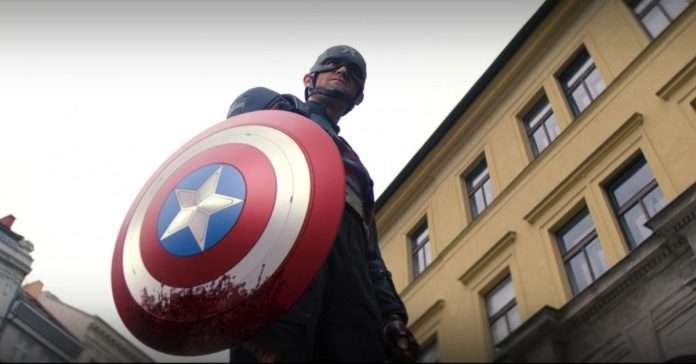 Contains major spoilers for The Falcon and the Winter Soldier episode 4, “The Whole World is Watching”

The Falcon and the Winter Soldier has kept audiences hooked each week as Sam Wilson (Anthony Mackie) and Bucky Barnes (Sebastian Stan) grapple with a new Captain America in the form of the seemingly all-too-perfect John Walker (Wyatt Russell).

But the latest episode of the Disney+ series, entitled “The Whole World is Watching,” teases a huge dynamic shift between all the heroes and villains — stemming from Sam’s political debate with Flag Smashers leader Karli Morgenthau (Erin Kellyman) about deglobalization.

Sam is making progress in getting through to Karli until the new Captain America ruins the peaceful conversation.

Believing that he knows better, Walker initiates a fight with the Flag Smashers — that eventually gets his partner Lemar “Battlestar” Hoskins (Clé Bennett) killed. But in an equally shocking reveal, John starts exhibiting the inhuman strength and speed he gained after he stole and used some of Karli’s Super Soldier Serum.

Karli had intended to use the serum to bolster the Flag Smashers’ ranks with incredibly powerful soldiers, and when Walker uses it, he gains the abilities of his Captain America predecessor, Steve Rogers (Chris Evans).

Unfortunately, John Walker doesn’t have the same moral compass as Steve Rogers, and the effects of the Super Soldier Serum combined with the pain he’s feeling about Hoskins’ sudden death pushes Walker over the edge.

The episode ends with a shocking act of violence — and a shot that fans can’t stop talking about.

After a vicious fight and subsequent chase through the streets of Riga, John Walker catches one of the Flag Smashers. But instead of taking him into custody, Walker dishes out his own twisted form of justice in an act that proves Dr. Abraham Erskine (Stanley Tucci) was right back in 2011’s Captain America: The First Avenger: “The serum amplifies everything that is inside. So, good becomes great. Bad becomes worse.”

Bad definitely becomes worse in the final moments of The Falcon and the Winter Soldier episode 4, as onlookers watch John Walker beat the Flag-Smasher to death with the Captain America shield, and when he lifts the shield up, there’s a huge bloody smear across it. (There are mountains of subtext to read into with that one.)

Walker might arguably be the perfect soldier, but he’s not a good man, and fans on Twitter were quick to react to the violent scene.

User @buckndiaz said, “John walker straight up got caught in 4k. hope they give him actual hell, its what he deserves,” referring to the civilians who filmed his savage attack.

Another user wrote in their full breakdown of the episode, “And then we have the final and my favorite shot of the whole series so far and maybe one of my favorite shots in the MCU in general. John with the bloody shield of Captain America. This scene was just perfect. The music, the acting, the horror it builds. A symbol tainted.”

Twitter user @DIEGOSBUCKY summed up many fans’ feelings when they tweeted, “Seeing captain America standing over a man he just killed with no remorse as he holds the bloody shield was so chilling. like I’m in shock.”

–
–
–
–
seeing captain america standing over a man he just killed with no remorse as he holds the bloody shield was so chilling. like I’m in shock.

It’s also worth noting that the scene feels like a parallel to a similar fight between Steve Rogers and Tony Stark in Captain America: Civil War, as pointed out by Twitter user @TheCartoonShow.

They wrote, “Anyone else notice how this moment mimicked when Cap raised his shield against Iron Man in Cap 3 and Iron Man covers his face but cap smashes his chest instead, deactivating him rather than killing him.” John Walker is no Steve Rogers, that’s for sure.

Meanwhile, Twitterer @Classicstarks praised Wyatt Russell’s performance in the scene, as it couldn’t have been easy channeling such an intense rage. “It was honestly heartbreaking seeing lemar die, knowing that was the exact moment john walker truly snapped and went insane,” they wrote. “Amazing performance once again, wyatt russell.”

Suffice to say, it’ll be a long wait for episode 5. 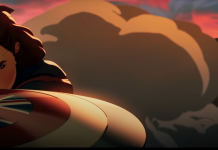