The News Fetcher
Home TV Disney+ Which MCU Star Can Make A Surprise Return In WandaVision? 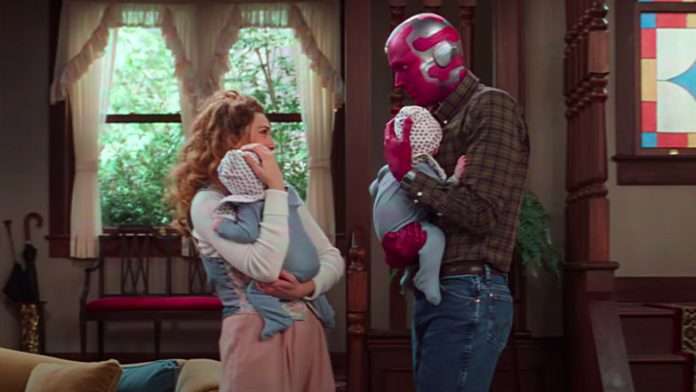 So far, WandaVision has focused largely on the titular Avengers, as well as a fair number of newcomers trapped inside of Wanda‘s unsettling pocket reality. However, that’s not to say that there aren’t any familiar faces to look out for, as existing MCU players from years past have begun to reemerge.

As if this weren’t enough, prepare for yet another established Marvel star to make their WandaVision debut by the series’ end.

In February of 2021, Elizabeth Olsen sat down with TV Line to discuss her time on WandaVision and, of course, wound up giving everyone more information to consider. When asked as to whether or not the show will include the return of an MCU veteran, ala Luke Skywalker‘s surprise comeback in The Mandalorian’s season 2 finale, she replied with a very brisk “Yes.” She then continued, saying, “I’m really excited,” with a laugh, but didn’t elaborate further as to who the secret cameo could be.

Jac Schaeffer, the creator of WandaVision, only fueled fan excitement on this topic, stating, “there are so many surprises left in store,” for the upcoming five episodes. He also tacked on a message for eager viewers: “I encourage all fans to settle in, because there’s more coming.”

Could this be the rumored return of Chris Evans‘ original Captain America, Steve Rogers, to the MCU? Or perhaps an appearance from Benedict Cumberbatch‘s Doctor Strange, in preparation for his next solo outing, Doctor Strange in the Multiverse of Madness?

There’s no way to know as of right now, so we’ll just have to put away our tinfoil hats and see how the rest of WandaVision’s story unfolds, and who will pop up along the way.