The News Fetcher
Home Netflix When Will Bold Type Season 5 Be Available On Netflix? 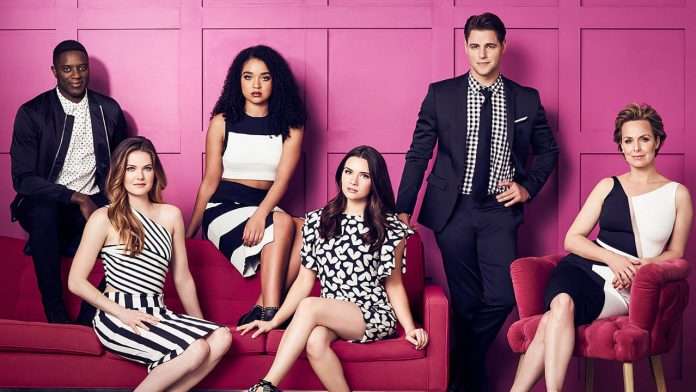 Jane, Sutton, and Kat are coming back for one last time on Bold Type Season 5, and fans are excited as to when they will get it on Netflix. Bold Type has been running for the last four years, but not many noticed it on Netflix. Finally, when it is about to end, the entire world is talking about it, and it has been trending among female fans particularly.

The sudden fame of Bold Type

If you ask us, we would say that it shouldn’t end and it should have five more seasons, but we don’t run a production company now, do we?

When is the Bold Type season 5 releasing?

We got a small teaser for the fifth episode recently, and by the end of it, we were given the release date of the finale season.

The series will be clashing a little with another super hit show, Lucifer, which is said to release on 28th May 2021.

The final season of Bold Type is said to start streaming on the Free Form platform on 26th May 2021. Freeform is a streaming website that is available for US viewers.

For the rest of the people worldwide, the final season is said to be available on Hulu from the next day onwards.

Will Bold Type season 5 be on Netflix?

We have been so badly waiting to see the Netflix symbol scroll through a teaser, but we haven’t gotten any info on that.

Now that we have the info about it being streamed on Hulu the very next day, we don’t think Bold Type will be available on Netflix.

Or there are chances that the same thing that happened to Brooklyn Nine-Nine will happen. We get the season on some other website, but after a year, bring it on Netflix.

Frankly, we don’t think fans will wait that long. Anyway, we don’t know still what will happen. Let’s hope Netflix gets the license or does something or, as backup, get a Hulu password from your friends and keep it.

The Post-Credits Scene of Words Bubble Up Like Soda Pop You Missed: Here’s What You Should Know!