The News Fetcher
Home TV Netflix What Will Be The Plot of The Second Season of Bridgerton? 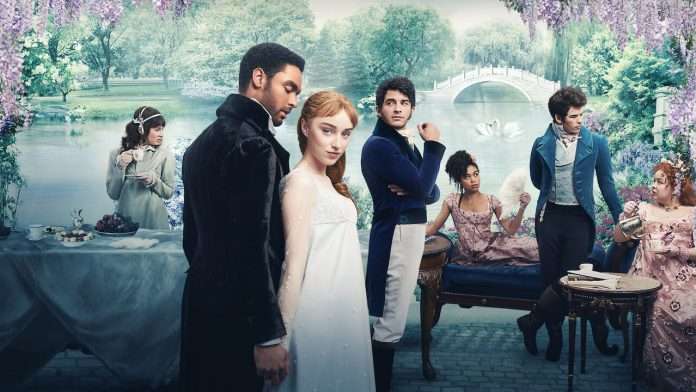 Every one of us who saw the first season was left wondering what will be the second season’s story. Fear not; we may have a clue about it now.

Netflix’s original series, which debuted on 25th December 2020, has created quite an uproar among fans. The show has been a super hit for Netflix and has been well rumored about being revived for the second season.

With the first season coming to an end by solving all the mysteries posed at the beginning of the series, we are a little confused about how the show will move forward.

Well, Daphne’s life is cleared now that she has a child; even though we know she will have some obstacles, as of now, she is free. We also know who Lady Whistledown is, Oh Penelope!!

But with confirmation of the revival of the second season released by Netflix, we have a clue on what will be the entire season’s story.

The plot of season two

Lady Whistledown announced the revival on her own style, and while she gave out not so crucial information about the second season, we got one line about her saying the season will revolve around Anthony Bridgerton.

The season finale saw Anthony confess that he will look for a Viscountess and fulfill his duty as the family’s head. We saw his love track come to an end, with Sienna leaving him and him deciding that there is no need for romance in life.

The characters and their quest for partners

Now lady Whistledown has said that the season will revolve around Anthony, and there are chances that we will follow around Anthony on his quest to find the right partner.

We will also see how Eloise is coping up after discovering that she has no idea who Lady Whistledown is. Maybe we might get to see the sinister pairing of the Queen and Eloise again.

We will also get to see Eloise come out and step up to find her partner or her revolting and doing something she loves; either way, it will be marvelous just to watch her.

With Francesca in the picture, we will probably get to see the same bond Eloise and Daphne had with the remaining sisters of the Bridgerton family.

Will Penelope tell Colin the truth about her feelings? How will the Featheringtons bounce back from their loss? How will Anthony find the right fit? When will Lady Whistledown be unmasked?

So many, so many questions…..Hush you, we will keep bringing them to you as soon as we know. Calm down until then!

Godzilla: 5 Cancelled Movies We Would Love To See