The News Fetcher
Home Disney + What Is The Plot Of Marvel’s Secret Invasion? 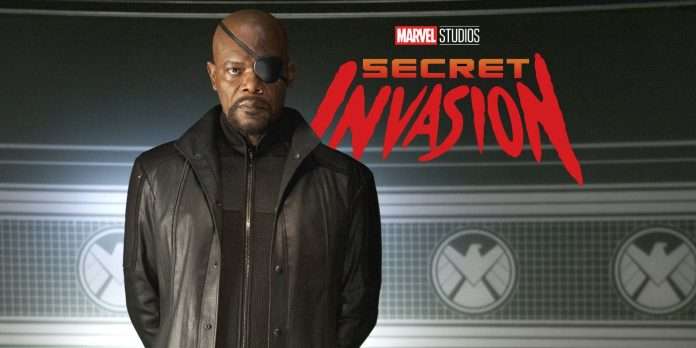 Disney Plus has a lot from Marvel with upcoming Phase 4 projects, and the GOT star Emilia Clarke has also joined Nicky Fury. Here’s the plot of the Secret Invasion.

What is Secret Invasion?

All we know is that it is a Disney Plus series that will show Nick Fury and Skrulls. We saw the Skrulls debut in the MCU in Captain Marvel, and they will be joining Nick Fury in the series.

As far as we know, the show will be about the Skrulls making an invasion attempt on Earth by taking the forms of prominent Avenger figures.

We have seen the Skrulls as our allies ever since the Captain Marvel movie to stay the same, i.e., that group won’t harm anyone, but Skrull Empress-elect Veranke will be the one causing problems.

Are there Secret Invasion Comics?

Yes, Secret Invasion comics lasted for an eight-part mini-series in 2008 and brought every form of Marvel hero into one storyline. The Skrulls took their form and caused a lot of problems on Earth and within the heroes.

We saw in Captain Marvel how far they could go by taking on someone else’s form, so we have some idea about how the show will go.

According to the comics, the first infiltration among the Avengers occurs with the return of OG Spider-Woman Jessica Drew. She causes a lot of problems, and before they know it, most of the heroes are replaced by Skrulls.

The Good Skrulls don’t exist in the comics

The Good Skrulls like we saw in Captain Marvel didn’t happen in this series of issues. The final battle took place between Nicky Fury’s superheroes and the Imposters Skrulls.

The originals won, but Norman Osborn, the Green Goblin, gave the winning blow. This resulted in the dismantling of S.H.I.E.L.D.

There are many chances that we have already seen some Skrulls replacing important figures who have been making it difficult for the heroes to be free—for example, Thunderbolt Ross.

Will the MCU follow the Comic version of Secret Invasion?

Well, it’s impossible to do that. Because in the MCU, we already have the Skrull as good guys. Now, there are chances that it will still follow the same storyline.

We may see some good Skrulls being replaces by the bad ones and causing problems for Nick Fury and Earth.

Last we saw, the Skrulls were seen doing Fury’s work on Earth while he was taking a mini virtual vacation on a massive vessel.

We don’t know where Fury is, but he won’t be able to sip Cocktails for a while if this plot is to be adapted.

Following Green Goblin’s victory, he is placed as the head by the President over the S.H.I.E.L.D replacement, and that’s when the Dark Reign started. For the next few years, the Marvel Universe was ruled by Villains.

The show will follow the same plot but with a lot of changes in play. For example, some Skrulls are good now, and S.H.I.E.L.D is already dismantled, and we still don’t have Wolverine and Fantastic Four in MCU.

Also, Nicky Fury knows how to identify if the person is themselves or a Skrull imposter. Anyway, it would be fun to see every Avenger come back so, fingers crossed!

What Is The Message Behind The Falcon and the Winter Soldier’s Music?

What Is The New Release Date of The Loki Series?

The Witcher: What Makes Ciri So Unique?