The News Fetcher
Home TV Disney+ What If…? Opens Doors For Many Other Animated Shows In MCU

Marvel Studios’ “What If…?made its debut this week as the first-ever animated series and marked a milestone for MCU. just as the title of the show suggests, the storyline revolves around possibilities and numerous questions in the universe. Better yet, the show will also be opening doors and paving the way for more animated shows in MCU.

Speaking to Variety, executive producer Brad Winderbaum explained that Marvel is already planning to come up not only with another season of What If…?. According to him, the MCU will start exploring more when it comes to animation shows.

Executive producer Winderbaum suggested that the storytelling possibilities have largely increased with the new show. “We realized that there’s a lot of cool avenues you can explore with animation,” he said. This highly suggests that there will be more upcoming shows in the MCU in animated form. 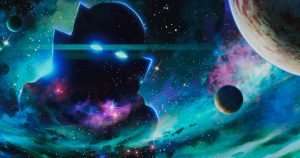 The executive producer said that there are “multiple” animated series that are currently “in various phases of development” for Disney Plus and Marvel Studios right now. This also includes a second season of What If…?

“Any project that we create is going to be something that needs to be animated in order for the story to be told. There’s very little desire to take a piece of IP that’s popular because we’re coming out with a movie and just make an animated show about it. We’re not going to do that,” Winderbaum added.

Must Read: Why Are Marvel Stars Turning Down Offers For What If…?

The creative freedom and the level of newness that What If…? demanded was not possible for a real-life movie according to the executive producer. He said that everything the show is going to achieve is possible only through animation itself.

What If..? Creative Process

The aesthetic creation of the animated show is a unique process. In order to develop its aesthetics, director Bryan Andrews collaborated with independent animation studios from different parts of the world. This includes Flying Bark Prods. in Australia, Squeeze Animation Studios in Canada, and Blue Spirit in France.

It has also been rumoured that the producers and directors of the animated series also hope to collaborate with Pixar or Disney Animation down the line. The Marvel show What If..? airs every Wednesday on Disney+. Anyone with a subscription will be able to stream the episodes every week.