The News Fetcher
Home Disney+ What if?... What If..? Episode On Doctor Strange Gave The Most Gloomy Story Ever 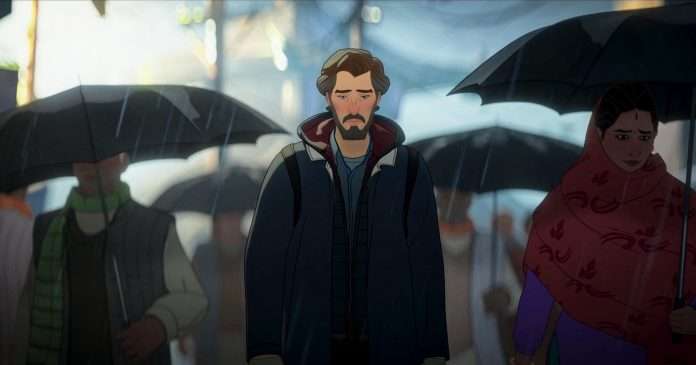 If you thought Avengers: Infinity War was dark, the ending of What If..? episode 4 on Disney Plus has left Marvel fans in a massive state of utter shock, with one describing the Doctor Strange tale as the ‘saddest MCU story ever.’

What If..? Doctor Strange Lost His Heart Instead Of His Hands

In the latest installment of the animated show, Doctor Strange (Benedict Cumberbatch) goes down a different path. Instead of losing the use of his hands in a car crash, he suffers the death of his love, Dr. Christine Palmer (Rachel McAdams).

After becoming the Sorcerer Supreme, Doctor Strange decides to take matters into his own hands, attempting to harness an incredible amount of power to bring Christine back, despite her death being an ‘absolute point in time’ that can seemingly not be changed.

While Stephen Strange manages to achieve his aim, in doing so, he causes the complete destruction of his universe, resulting in the recently resurrected Christine also deteriorating.

As the screen fades to black, with Doctor Strange left alone to grieve in a purple orb, it appears as though he has literally caused the end of times after he failed to convince The Watcher (Jeffrey Wright) to intervene.

Fans who watched the episode couldn’t believe the series of events unfolding before their eyes, as the MCU explored possibly its bleakest story so far. Have a look at some of the fan’s reactions.

Me the entire last 10 minutes of #WhatIf pic.twitter.com/cko71SCEtU

The trailer recently released for Spider-Man: No Way Home teased the introduction of the multiverse, with a clue hinting at the return of Willem Defoe’s Green Goblin and Alfred Molina’s Doc Ock making a surprise appearance.

Some clips appeared to show Tom Holland’s Peter Parker fighting Doctor Strange, leading some to question if this version of Doctor Strange is different from the one we’ve previously met in the MCU.

Following the dark ending of Doctor Strange’s What If…? episode, fans will undoubtedly be wondering whether it will have any impact on the sorcerer in the Spider-Man sequel or his own upcoming sequel, Doctor Strange in the Multiverse of Madness. Could we end up seeing the destruction of the universe in the live-action MCU as well? If so… we’re not ready.

You can watch all the latest episodes of Marvel’s What If..? on Disney Plus with new episodes released every Wednesday.

Also Checkout; How Watcher Broke His Own Rule For Doctor Strange