The News Fetcher
Home Marvel Black Panther What If…? Episode 6 Scenes To Remember 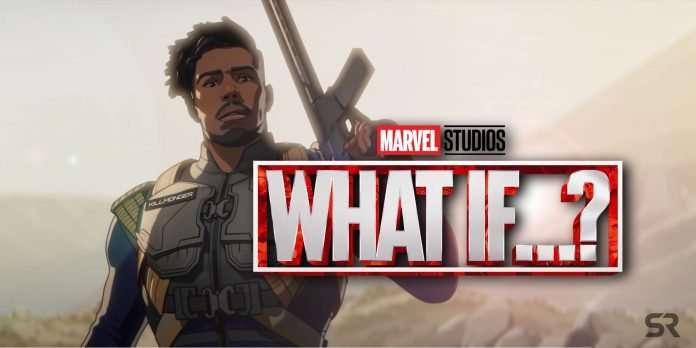 Marvel’s What If…? Episode 6 – ‘What if Killmonger rescued Tony Stark?’ was packed with picturesque scenes. From showing the deserts of Afghanistan to the land of Wakanda to the Watcher. Here are some epic moments that enhanced the emotional quotient of the scenes.

The Scene where Killmonger and Tony Stark become friends

The sixth episode made the villain and hero friends. Yes, I am talking about our very own Tony Stark aka the Business Tycoon in the USA vs Killmonger the should be the crown prince of Wakanda. Marvel writer takes us back to the 2008 Iron Man release beginning in Afghanistan where he gets saved by Killmonger in What If…?

Major SPOILERS for Episode 6 of #WhatIf ahead:

The Scene where Tony Stak dies

All our hopes and aspirations were submerged seeing Killmoger again being the Villian. Also, he managed to pull off brilliant tactics where the outcome was in his favour. Iron Man dies, like the previous three episodes. Sad, but okay, we are used to it.

Ramonda- The Queen of Wakanda all in superhero mode

She is the badass queen. This scene can be termed as one of the powerful portrayals of a female character in What If…? series till date. The king stood on the balcony but the Wakanda general took up the arrow and went on the field to fight down a robot army. We believe in Wakanda women’s supremacy.

Watcher has an eye on everything

This scene totally breathtaking. A tiny figurine silhouette of Killmonger looking at the sunset which his father told stories about. Watcher watching every moment and his presence her could send chills down the spine in this scene.

Animations cannot be the replication of 3D visuals is a myth. This episode proves it. The serenity with which the episode manages to replicate Balck Panther film is worth admiration.

Women in action: Hinting to Shuri and Pepper might pair up to defeat Killmonger

Pepper and Shuri teaming up can be the best ending the writers could have pitched in. Empowered Women, empower women. Here they come to take vengeance.

Major SPOILERS for Episode 6 of #WhatIf ahead:

Let’s wait and watch what the upcoming episodes have saved for the marvel fans. Watch the entire episode here: What If… Killmonger Rescued Tony Stark?