The News Fetcher
Home TV Disney + What If…? Episode 5: Hulk VS Wanda 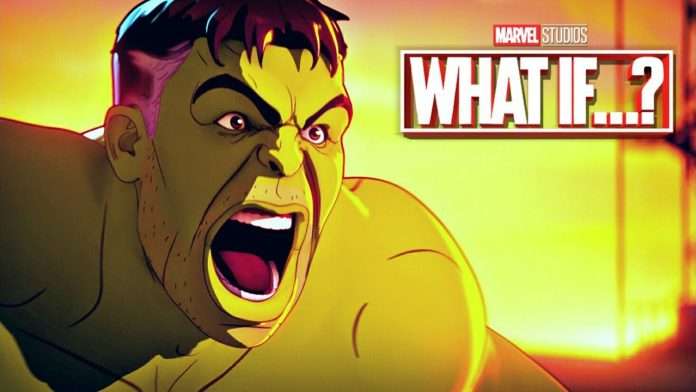 Episode 5 of What If…? left the viewers in awe. Zombie Apocalypse in Marvel Cinematic Universe, can it be any cooler than this!

The beginning of the episode is similar to Infinity war beginning. Hulk from space gets dropped on New York Sanctum. But strangely Bruce Banner couldn’t spot Dr.Strange or Wong except for Strange’s Cloak.

What happened to Wanda?

Scarlet Witch had turned into a Zombie, just like fellow Avengers. Although here, Vision’s love for her protected her. Vision had locked Wanda but she wake up as Bucky found T’Challa. It was Vision who had kept T’Challa (Balck Panther) as a hostage to satisfy Wanda’s Hunger pangs. Wanda in her Zombie form starts attacking everyone present there.

Read this too: WandaVision: What Influenced The ‘Agatha All Along’ Track?

Later, Vision realizes he has been wrong for feeding Wanda’s craving with innocent lives. On Bruce’s insistence, he helps them to break free by breaking the wall.

Why did Bruce fight Wanda?

Peter and the team had little time in hand to escape. Quatjet would take a while to start. In order to buy them time, Bruce Banner sacrifices himself. He goes on the field to fight against Zombies and becomes Hulk.

Wanda was bewildered finding Vision dead. She spots Hulk and goes on to fight against him.

Read this too: What If…? Episode 5: What Happened To Scott Lang’s Body?

Although, the writers leave the viewers on a cliffhanger. Who wins between the two is left for the audience to figure out by their own theories. The focus later on shifts to Hope.

Wanda may seem to be the main villain. But she is not the one who began it. Watch the episode on Disney+ Hotstar to find out the real villain of this episode.

A Twitter Rumor Says Ms. Marvel Will Be Released In February 2022