The News Fetcher
Home Movies Marvel What Does the Return of Doctor Ock Mean? 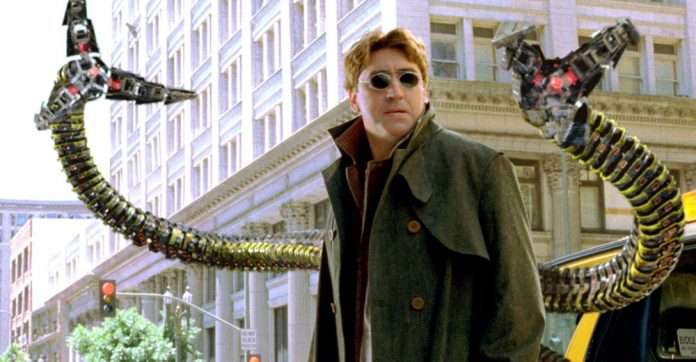 The frenzied fanfare for Tom Holland’s upcoming threequel is largely due to rumors that former Spider-Men Tobey Maguire and Andrew Garfield have also been cast for the upcoming project.

The conjecture first began when Jamie Foxx announced his return as Electro from 2014’s The Amazing Spider-Man 2 coupled with news that Alfred Molina was also reprising his role as Doc Ock from 2004’s Spider-Man 2.

Now that the long-awaited trailer hasn’t just leaked but also officially been released, fans finally have their first look at Doc Ock since 2004, and he’s not alone in his MCU debut. 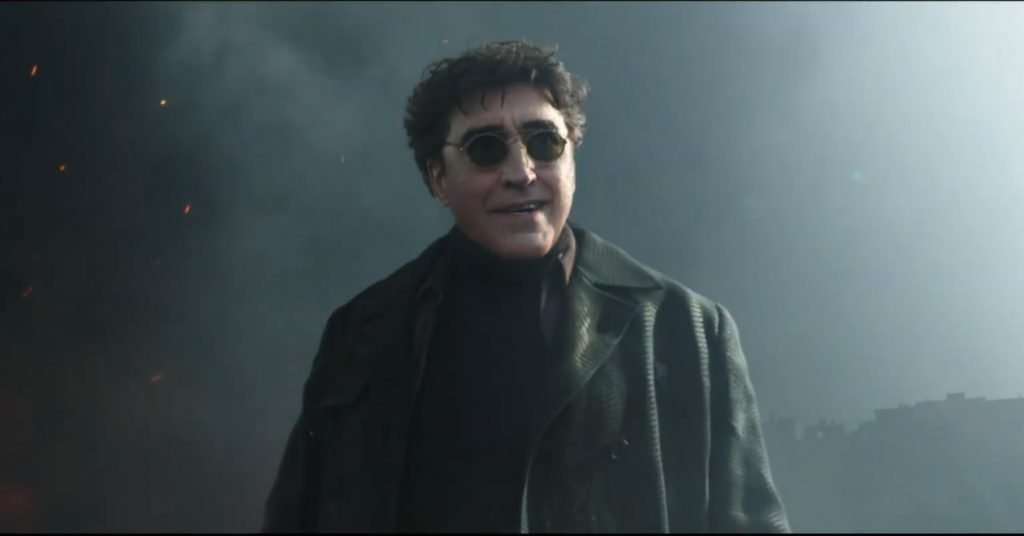 As reported ahead of the trailer’s reveal, a de-aged Molina as the goggle-wearing Doc Ock towards the end of the teaser saying, “Hello, Peter.”

The trailer also hints at other Spidey baddies from films past, including a Green Goblin pumpkin bomb that looks to be laying the groundwork for a Sinister Six-level threat.

No Way Home‘s multiversal storyline has long been one of Hollywood’s worst-kept secrets; and apparently, Doctor Strange’s spell coupled with Peter’s interference is how these villains from Tobey Maguire and Andrew Garfield’s films make into Holland’s third go.

However, those familiar with the tentacled malefactor’s Spider-Man 2 story know that he didn’t die a villain.

Doctor Otto Octavius was a revolutionary scientist and a mentor to Peter. A miscalculation in his presentation on fusion not only led to the death of his beloved wife Rosie but the destruction of an inhibitor chip fail-safe to prevent his mechanical arm tech AI from controlling him and capitalizing on his ambitions.

In some ways, he was a victim of his own creation; but by the end of the film, Maguire’s web-slinger helped him take back control. Otto then sacrifices himself to destroy his destructive fusion reactor.

So the question is, why is Doc Ock a villain again? And what’s his motivation?

WHICH PETER IS DOC OCK TALKING TO?

Spider-Man 2 has long been revered as one of the best Spider-Man movies to date, and that’s largely due to Alfred Molina’s performance as Doctor Otto Octavius. If a Sinister Six is Sony Pictures and Marvel Studio’s goal, Doc Ock can’t be left off the docket.

Still, all fans know about Otto Octavius in No Way Home is that his character’s story picks up from the moment of his death in the Hudson River and that he says hello to Peter.

The question is, how is he still alive? And is Holland’s Peter really the Peter Parker he’s talking to?

Unless Ock knows what’s happening in the wake of Strange’s spell, it’s more than likely that he’s addressing Tobey Maguire’s version of Peter. If so, audiences could be in for a rematch between these two.

As to how he and other past Spider-Man villains are still alive, Loki on Disney+ informed fans that time isn’t necessarily linear and multiversal stories involve time travel.

Perhaps colliding realities prevented Ock’s act of self-sacrifice and reversed his arc? Maybe a villain fans have yet to see pulled past Spidey villains from their various points in time? Then there’s the potential for Ock’s fusion reactor to play a part. Could it be that his research and experimentation are somehow connected to what’s happening?

While fans are thrilled to finally see footage from this anticipated film, as usual, it introduces just as many questions as answers.