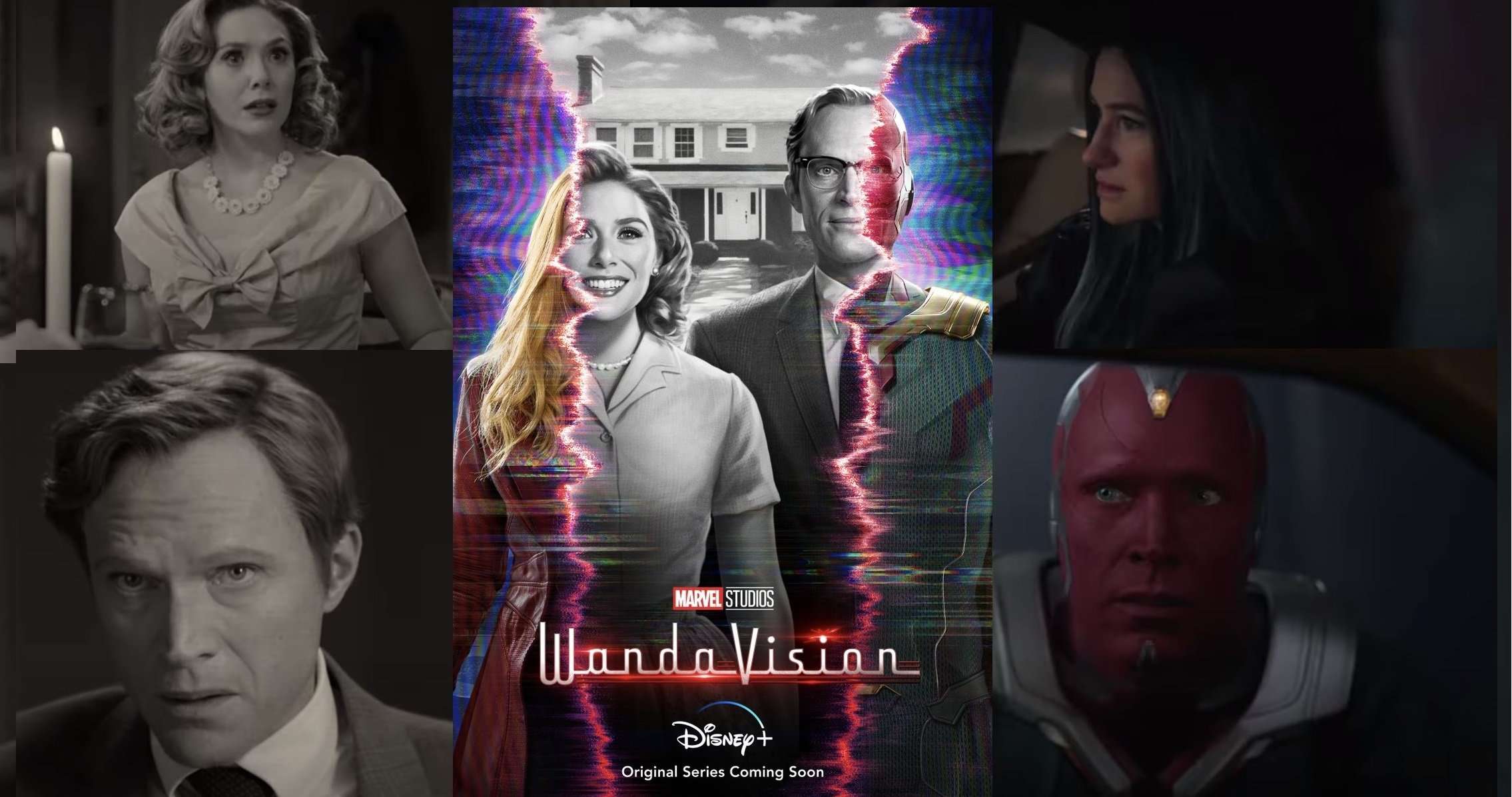 We have myriads of new information when it comes to WandaVision. While not all are good news, we do have some hope to hold on to.

One of the significant bad news is that we will not be seeing WandaVision in December but would have to wait till January 15, 2021.

But the good news keeps flowing. The first and most important one is that WandaVision will be like six mini marvel movies. To every fan, that is a massive thing as 2020 had no marvel releases, and fans are eagerly waiting to get a taste of Marvel soon.

Homage to the Golden Age

Paul Bettany, who plays Vision in the show, has teased fans saying that it will be bonkers and will bring a whole new way of sending one last hurray to the golden age of television. The Series will pay homage to sitcoms from the 50s till the 90s.

We are as confused as you, on how this will work within the MCU. We are not even 10 percent sure how this sitcom homage paying series will be action-packed like Teyonah Parris said. But, know this, Marvel is always up to some tricks every time, and it will never disappoint, and it has never disappointed.

Layers and layers of Puzzles

According to Paul Bettany, each episode will open a new layer and eventually help us solve the puzzle set forth by the writers of the series. According to Bettany, the series will pay homage to all those sitcoms and finally end up in the real world in the current MCU timeline.

The way Bettany has been replying and insisting that sitcoms are a part of something big in the MCU only shows that there will be Easter eggs throughout those scenes, and fans who are planning on catching the series the minute it starts to stream, will have to be on the lookout.

You know it’s not like it was already easy waiting. With this guy and his clues and hidden meaning answers, we plan to develop a time machine to move towards January 15.

While we will definitely bring to you any clue that is being dropped regarding this amazeballs series, you also be on the lookout and let us know what you heard about the series, which made your head explode.

Also, not to ignite you more, but we also have confirmed the news that WandaVision will have multiple villains, and SWORD will be at play throughout the series. So, hold on to your gauntlet; we will be there soon!!!