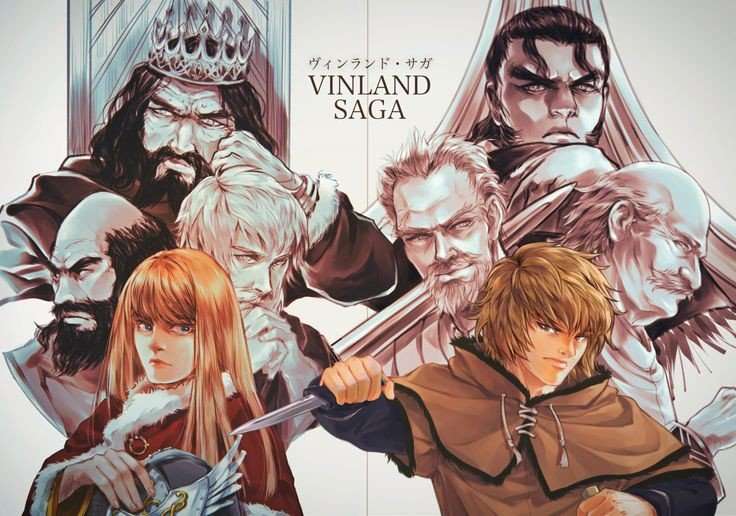 With an extremely realistic version of war in the future, Misqe saw something very disturbing and confusing. Not to mention, he was blown away by the sheer magnitude of how people will fight in the future. Although the war broke out, his lack of knowledge might prove fatal in Vinland Saga Chapter 190.

Also, the next chapter is going to feature Canute and the excitement of the fans is off the roof. So, where to read the upcoming chapter and what to expect? Here are all the release details you need to know.

The chapter starts on a very grim note as Misqe is performing some weird ritual. And in the very next pages, we get to know that he’s carrying out a forbidden mystic art ritual. If all things go well, he will get to see the future of the land. Just outside Misqe’s home, we see Gitpi and Misqe’s student having a conversation.

Both of them talk about the well-being of the old man who hasn’t eaten for the past four days. Along with that, Gitpi also mentions the havoc that the Norsemen bring with them. Cut to the next panel, we see Misqe in a war where people are using guns as their primary weapons. Right off the bat, he’s thrown into a state of confusion because of this incomprehensible future he’s in.

In the next moment, he’s shot up in the air and all he can see from above are vast meadows. But upon descending, he sees that it’s a cornfield and his people are exchanging guns for beaver pelts. Next, we follow a very montage-esque sequence of war happening across several centuries. With unknown illness, constant war, and ripping of Earth, the old man finds himself in a pickle.

And then all of a sudden, a nuclear blast erupts on the land he’s standing on. Seeing and confusing other white people for Norse, he witnesses weapons of mass destruction that’ll erase his people. As the blast fades in, Misqe returns back to reality with terror and sheer determination. Not to mention, his student took a sigh of relief too as he thought that his master was dead.

As Misqe wakes up after witnessing what the future holds for his people, he’s in utter shock. To be honest, anyone would be and the fact that it was all white people in his dream, he mistook them for Norsemen only. And one can’t blame him for that but still, that doesn’t change what he just saw.

Vinland Saga Chapter 190 might see Misqe relaying the ‘future’ he saw to others. Also, we will get to see the reaction of  Thorfinn along with all the villagers. Before I forget, Canute will finally be appearing in the upcoming chapter.

Vinland Saga Chapter 90 is all set to release on January 24, 2022. The manga usually released on a monthly basis, on either the 24th or 25th of the month.

You can read Vinland Saga Chapter 189 and future releases of this series after they are shortly released in Japan, by keeping up with English translations done by online fan groups. Here is a link to read Vinland Saga chapters done by Project Vinland on MangaSee.