This could be a cheeky way of Hardy trying on a Halloween costume. However, it is interesting to note that the actor was quick to delete the picture. In saying so, the photo did not look too harmful, or a spoiler. Or did it?

We have been hearing rumors of Holland’s Spider-Man joining the Venom sequel for months now. And we also saw it almost become a reality when Spidey was leaving the MCU.

However, Sony and Marvel have now come to a new agreement in their deal. While we don’t know the minute details, it might just allow something else altogether. With the deal, Holland’s Spider-Man might appear opposite Hardy’s Venom.

As of now, Tom Hardy’s post is just a photograph. However, the actor is aware that this image will most likely fuel expectations. It might also give rise to a lot of rumors as well. The post has us thinking that we might just see Tom Holland and Tom Hardy together. They might also battle it out against Carnage. 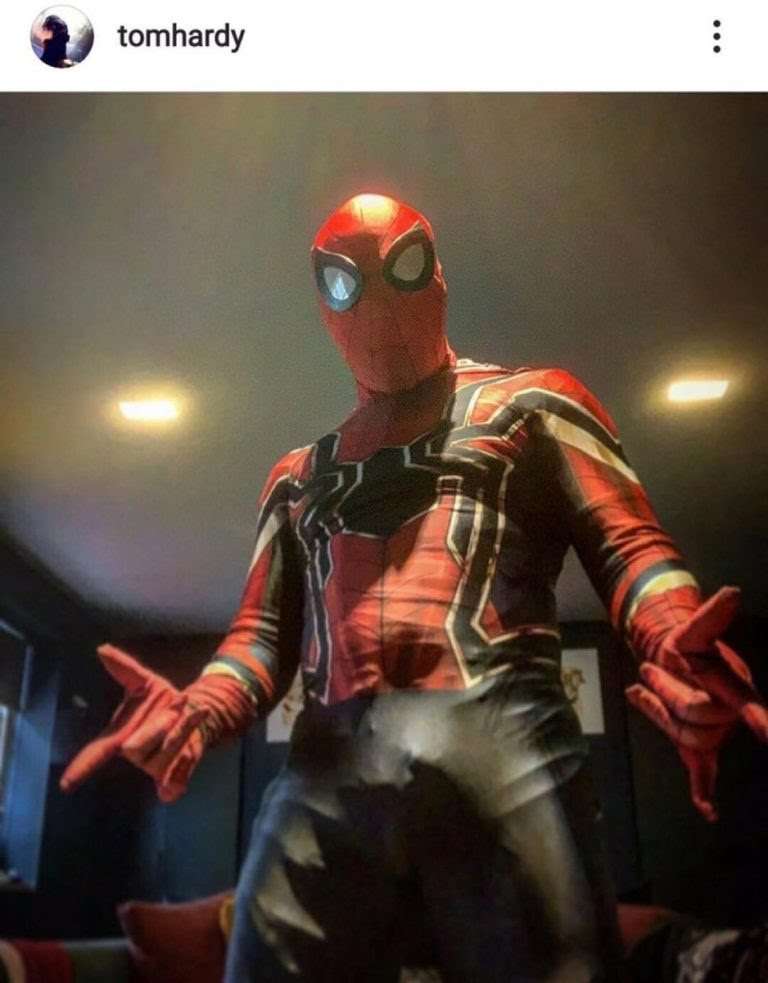 We will see Tom Hardy As Venom in the film’s sequel, which will begin shooting very soon. The film will hit theatres sometime in October 2020. And if that is to happen, we should expect an official Tom Holland confirmation pretty soon.

About Venom 2, According To Tom Hardy News:

In the film, we will see the reprise of Tom Hardy As Venom. Andy Serkis will take the helm as director, and Kelly Marcel will write the script. Moreover, Michelle Williams and Woody Harrelson will also return to the set.

Any Feedback for The News Fetcher?