I mean I knew that Undead Unluck will cross every boundary as we don’t know much about the world. But still, stabbing Fuuko when she was finally happy after a long time and that too by Unruin. Well, first of all, why is this new character so sick and powerful? And second, drop that Undead Unluck Chapter 96 right now because I can’t wait.

Lastly, it’s not like because of me saying to ‘drop the chapter early’ will actually make it happen. So, when will the upcoming chapter be released and what can you expect? Read on to know more about it.

Undead Unluck is a manga series written and illustrated by Yoshifumi Tozuka. It has been serializing in Shueisha’s Weekly Shōnen Jump magazine since January 2020. Furthermore, it has a total of nine tankobon volumes as of December 2021.

As an ‘Unlucky Girl’ prepares to face her death, an UNDEAD who desperately wants to die appears before her. And he is vicious, violent, and buck naked. Because that’s how an unprecedented picaresque hero appears in Shonen Jump!

After Andy cuts Unruin in half, he runs back towards Fuuko who has no pulse. But, it turns out this new character wasn’t dead and catches Andy off-guard. And, to Andy and everyone else’s surprise, he didn’t even die after getting decapitated. Before departing though, Unruin said something which compels one to think that he’s on God’s side. 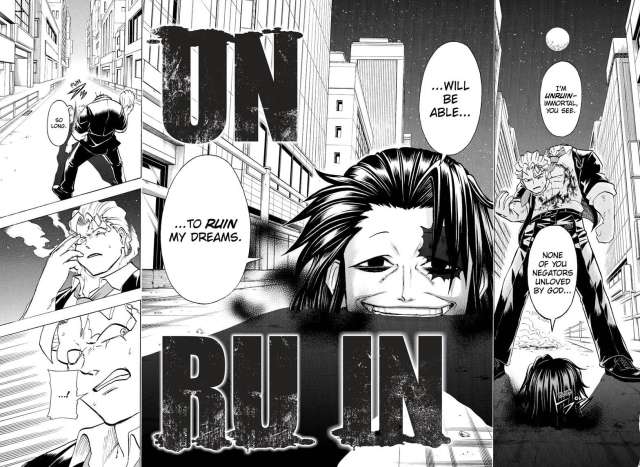 However, they don’t have much time to contemplate upon what and who Unruin exactly was as Fuuko was dying. In fact, if she doesn’t get a blood transfusion and an artificial heart in some time, she was a goner. To tackle that dire situation, Andy asks Nico to attach his veins to Fuuko as they’re the same blood type.

Despite everything all of them had their at disposal, nothing would be able to cure Fuuko. And this is where Juiz comes in with her idea of using the quest reward to their benefit. She says when that there’s a certain rule that’ll change the rule of death if they get the quest reward. 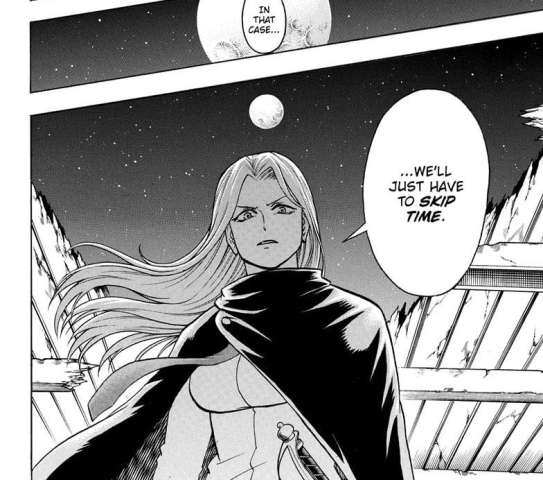 But now, the question is how will they do it? Again, Juiz barges in to help and this time she says that Andy and Fuuko need to skip time. After her declaration of skipping time, she proclaims to Luna to make a deal in exchange for transferring all her points to Andy and Fuuko.

Cut to the next panel and we see Andy and Fuuko sitting in front of Luna who’s supposedly a God. In the next moment, they’ve already skipped time and it’s 1st January already. To everyone’s surprise, Andy and Fuuko abruptly came out of nowhere after a week and the preparations for saving Fuuko begins.

Finally, the story of Juiz’s loops is back on the track with an extremely high-stake scenario. Furthermore, what’ll happen to Fuuko now? Will she become a ghost as we see a Uma ghost addition as a reward? Or is it something else? 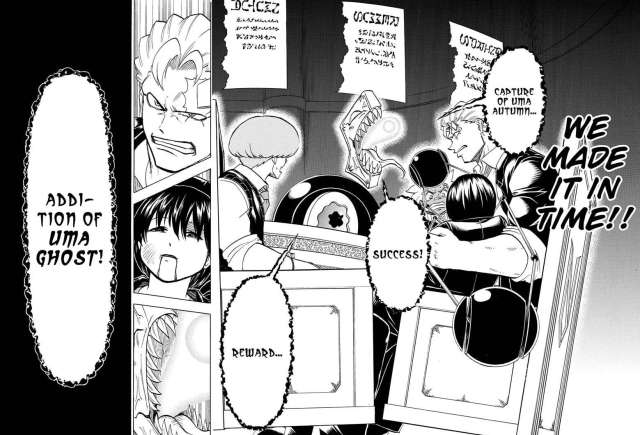 Apart from that, it seems like Unruin’s ability is to undo every ruin that occurs on him. So, that’s why he was able to tackle and regenerate everyone’s blows. Anyways, I am really excited for Undead Unluck Chapter 96 as it’s going to be yet another wild ride.

Undead Unluck Chapter 94 is all set to release on January 30, 2022. The manga usually releases on a weekly basis, every Sunday.