The News Fetcher
Home Anime Tokyo Revengers Episode 14 Release Date, What To Expect, and Other Details 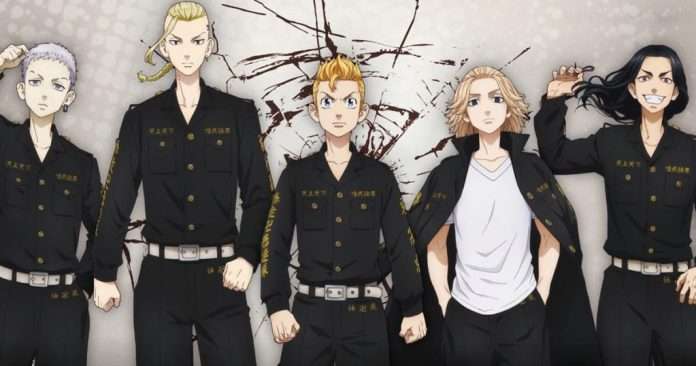 Tokyo Revengers Episode 13 was released on the 4th of July 2021. It revealed the helplessness of Takemichi and Naoto, who have been trying their best to save Hinata. However, are they slowly realizing if saving Hinata would be impossible? Read on to find out more!

We’ve done our research and brought you some exciting content regarding the next episode of Tokyo Revengers, i.e. Episode 14.

The plot of Tokyo Revengers follows Takemichi’s ardent desire to save his ex-girlfriend Hinata from being murdered by the Tokyo Manji Gang. For this, he keeps on going back 12 years into the past to alter the past to save the present. Alongside him, Hinata’s younger brother Naoto joins him on this venture.

Tokyo Revengers Episode 14 will be getting released on either the 10th or 11th of July 2021. Each episode is released on a weekly basis. You can catch the anime only on Crunchyroll. Though there are illegal sites for streaming this anime, it’s advisable to avoid them.

What Happened in Tokyo Revengers Episode 13?

Must Read: Tokyo Revengers Episode 13 Was A Tearjerker: What Happened and Where to Watch It

While Hinata and Takemichi are out on a date, Takemichi suddenly feels the need to go to the washroom. When he gets out, he meets Hanma, who asks him why he’s there. When he returns to the car, he sees that another car driven by his friend, Sendo Atsushi, has collided against the car, where Hinata is still inside.

Both Sendo and Atsushi die after the cars burst into flames before Takemichi can save them. This incident brings them back to Square One and leaves them asking how to save Hinata again. Many questions hang over the air like why Hanma was there at the murder scene and who Kisaki is.

The episode ends with Takemichi and Naoto holding hands which transports Takemichi back to the past. Takemichi will begin another timeline to save Hinata.

Will he be successful this time? Also, who the hell is the character of Kisaki. Will he be introduced in the series soon? All these questions and confusion will become clearer when Tokyo Revengers Episode 14 gets released.