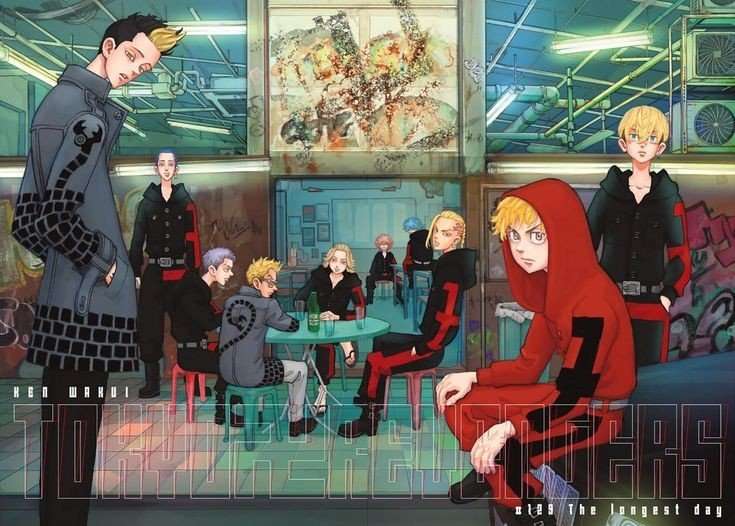 Chapter 233 ended with a major cliffhanger as Takemichi’s life is put on the line. This chapter spelled the end of the road for South at Mikey’s hands. But will Takemichi meet the same fate as South? That’s the big question. So what’s in store next for Tokyo Revengers Chapter 234? Read on to find out all that we know about the upcoming chapter!

The chapter begins with Takemichi crying and freaking out as Mikey continues to pummel his fist into South’s head while he lies on the ground unmoving. When Takemichi goes to check on South, he finds that South is not breathing anymore. At this point, Koko steps in and questions Mikey’s actions.

Koko then immediately addresses everyone there and states that Senju has lost to South and South to Mikey. So the victory goes to the Kantou Manji gang and he concludes the conflict with that. He proceeds to dismiss everyone and tells them to clear things up. Meanwhile, Takeomi asks if Mikey even had a shred of humanity in him and questions why he had to go that far and kill South.

To this, Mikey has no verbal response and simply kicks Takeomi in the face. Takemichi panics at the thought of Mikey harming Takeomi too as Mikey says that Takeomi is better off dead too. So Takemichi steps in and tries to convince Mikey to stop all this. But Mikey is not in his right mind at all and swiftly punches Takemichi.

At this, Koko shouts at Mikey and tells him that it’s enough and that everyone is going to retreat. As Koko looks on in utter horror, Mikey approaches Takemichi who is lying on the ground and asks him how he wants to die. Takemichi remembers how Mikey used to normally smile and he realizes that this time, Mikey is so far gone now that he really means it when he threatens Takemichi with death.

What Are Some Expectations for Tokyo Revengers Chapter 234?

There are no spoilers available at the time of writing. The last chapter’s ending panel also had a line questioning whether Takemichi will meet the same fate as South. But there’s no way that Takemichi will meet his death here. So by the way the chapter ended, we can expect Senju to possibly step in and make an attempt to stop Mikey before he does any more harm to Takemichi.