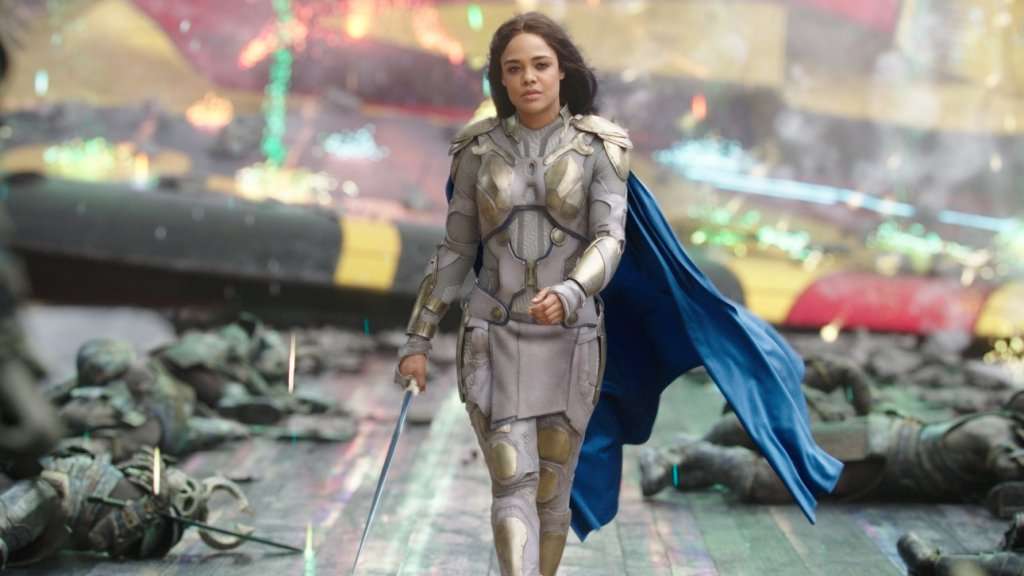 While we wait for the phase 4 products to start releasing, all we as ardent Marvel fans can do is sit and speculate as much as we can.

The Horse has spoken.

But now we need not speculate as we have heard from the Horse’s mouth itself….actually Flying Horse’s mouth?? Okay, I won’t make bad puns like these anymore, I swear!

Tessa Thompson, known to us as our Kick-Ass Valkyrie, was seen promoting her new movie Sylvie’s Love. Like any other Marvel star’s fate when they take any interview whatsoever, even if it has nothing to with Marvel, Tessa was also prepared to answer Marvel questions coming her way.

Did she or Didn’t she?

In fact, it looked like she was prepared to answer, and it might look like she leaked some crucial information, but we don’t think so. Marvel probably gave her a dos and don’ts list.

Anyway, moving on to why I am rambling, while Tessa was asked about Thor: Love and Thunder by Entertainment Tonight, she was frank and may or may not have given us info on what the movie is about.

The Script is Ready!

While she was in a strict contract with Marvel where she can’t reveal anything more, she did tell us how the movie will be. While she secretly confirmed that the script is ready and has already read it, she said a few lines about the movie.

“I’m very excited. I just actually read the newest draft the other day, and it is hilarious. It’s very, very funny and actually very touching.”

Given that Taika Waititi is writing the movie, we knew it would be a riot, but we didn’t expect it to be an emotional one. Even though fans had previously suggested that Jane and her cancer treatment part is a tear-jerker in the comics, we didn’t realize its extent.

But now with the announcement of Gorr the Butcher making his appearance and this Cancer treatment of Jane part added to the film which was confirmed by Natalie Portman, we thought it might be just a sad movie unlike what Taika Waititi is capable of, but Thompson has restored it.

Keeping it hilarious while at the same time making people emotional, well, who better to do that than Taika himself, exhibit A, Jojo Rabbit.

Advertisement 2005 film Constantine is approaching its 15th anniversary. Director Francis Lawrence, Keanu Reeves and producer Akiva Goldsman all share a keen interest in creating a direct sequel to the film that first brought John Constantine to the big screen. Lawrence explained how Reeves and Goldsman wanted to make a sequel which would be “responsible,…

Advertisement Table of Contents The Aftermath of Fox-Disney Split:The Latest Fan Theory:The Science Behind This Theory:Hopes and Possibilities: The Aftermath of Fox-Disney Split: Soon after the closing of the merger between Disney and Fox, many changes came to our notice. Walt Disney Studios was also seen using image stills from Deadpool movies as part of…