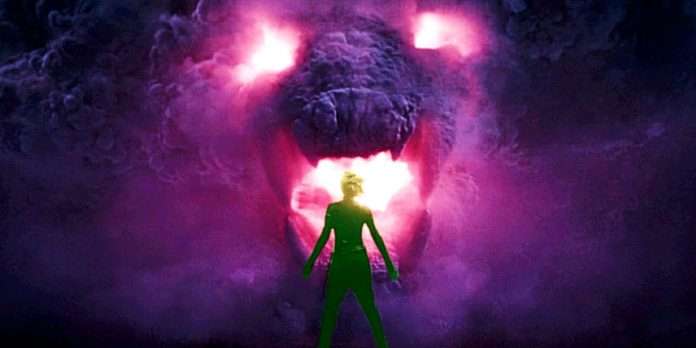 Now context will be key. Is this the individual who sits at the heart of the TVA? Or is this the way the series resolves?

We already have a few clues. Gugu Mbatha-Raw, playing Ravonna Renslayer, did her research on her Marvel comic book counterpart and had this to say concerning her part in the series,

“It almost wouldn’t be too helpful to go too deep into the comics, because what we were doing was pre-that in terms of an origin story for Renslayer. So let me off the hook a little bit in terms of having to read absolutely everything, but I did dip into it.”

In other words an origin story for the character that is pre-Kang in the MCU. The complete tease of the villain, but we should not expect him to appear.

There will definitely be a power struggle for the TVA. Whether or not the organization survives, is up for grabs, but we do know one thing. The Loki going to confront whoever lies within the protection of Alioth is not the Loki who started on this adventure. He has grown in a multitude of ways concerning his own identity and even motivations. He has someone at his side who has done the same. It would be an epic face-off to see Loki vs Loki, the self-aware vs the self-absorbed.

It does appear that much will change. Chaos is finding root in the beginnings of the MCU phase 4, and how it is getting there has been incredibly entertaining. One thing we know for sure, the “Sacred Timeline” is surely not going to survive. Do you think they will have time to update the file?