Let me tell you something, right now, to be a Witcher fan is the best thing in the world. Let it be the Witcher and its much anticipated second season or the connection we will get from the Witcher 3 games; everything looks just perfect.

Are You Ready To Hear More?

The Witcher second season is entering into its last stage of filming. With just a week left to finish the schedule, the Witcher sets are burning the midnight oil.

Even though the release date is still under wraps, we can expect it anytime before 2021 ends, thanks to Lauren Hissrich.

With many things being revealed in its final stage, we may have just what was missing.

There were rumors that the Witcher crew is shooting its final schedule in many places. One of them was about the crew shooting in Saunton Beach, Devon, UK.

After some confirmation with some sources present in the local area, several websites have confirmed that it is a part of The Witcher crew.

But this crew that was spotted on the beach was of a small number, and according to sources, it’s the Wild Hunt!!

The Wild Hunt is a group of your basic ghosts or undead people who are roaming every realm in the Witcher world.

They are Aen Elle elves from Tir ná Lia who also call themselves the Dearg Ruadhri in their native Elder Speech, meaning Red Riders.

Their leader, Eredin Bréacc Glas, is also called the King of Wild Hunt.

What Do They Want?

Well, at first, their only mission was to find and capture slaves from other worlds to serve their Alder Folk. 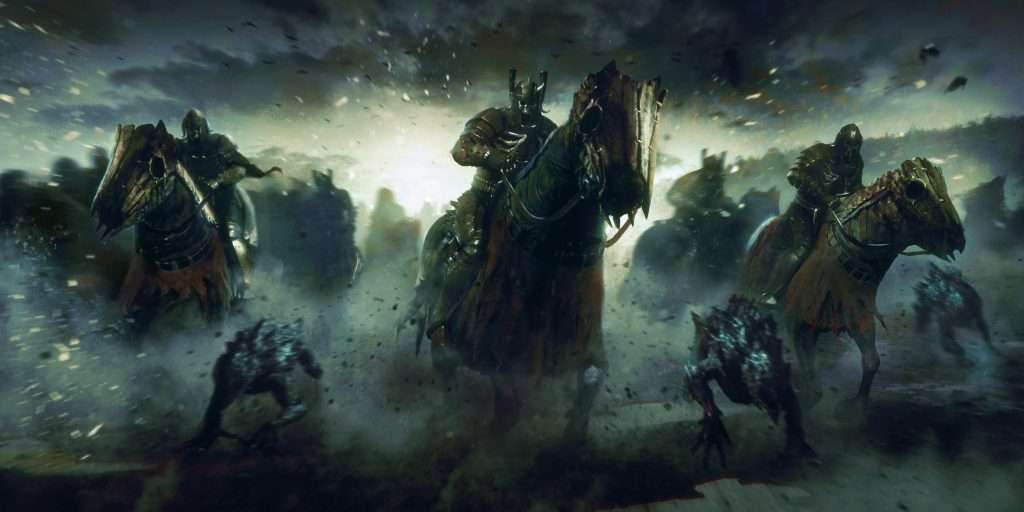 But like any good villain, they came to fight the hero when they set their eyes on Ciri for her Elder Blood.

They were considered as an omen of war, and any sight of them never meant anything good.

What Will They Do In the Second Season?

We will stop giving you more spoilers for the second season, but they may have a small role in the show as far as we know.

We already have many villains, and Wild Hunt may just be introduced to the audience in the second season as potential big bad.

We have some pictures as of now, and you could see them in their armor. Most probably, we will get clearer ones tomorrow as their shoot is not yet over.