The News Fetcher
Home TV Disney + TFATWS: Here’s Why fans Didn’t Give A Chance To The New Captain...

The second episode of the Falcon and The Winter Soldier finally gave us a better look into the new Captain America, and Marvel fans have hated him ever since.

No matter how you put it, we as fans have to come to agree that the people in the show, well, the fictional ones, have accepted John Walker as their new Captain America.

Well, we know that it will last only for a while. No matter whose point of view you take, the new Captain America is kinda getting on our nerves.

Maybe it’s just because he is in a way trying to replace Steve, or perhaps it’s more.

It’s our job to give you proper guidance on how much hate you can throw his way, but frankly, we have no idea.

At first, we thought that maybe he won’t be so bad after all, you know, seeing him in the locker room all vulnerable, but then we saw him trying to keep up with what Steve did, and we lost our cool.

Well, to be honest, he wasn’t bad, asking to do the things Steve did. But something about him wanting to do that made us feel like he wants it so badly, and that kinda made us uneasy.

Well, Bucky and Sam not talking to him didn’t help him either. We know that the government is at fault here. They have no right over the shield.

Okay, wait before you try and correct me; see, Steve, Bucky, and other Avengers who broke out from signing the Sokovia Accords have been pardoned. 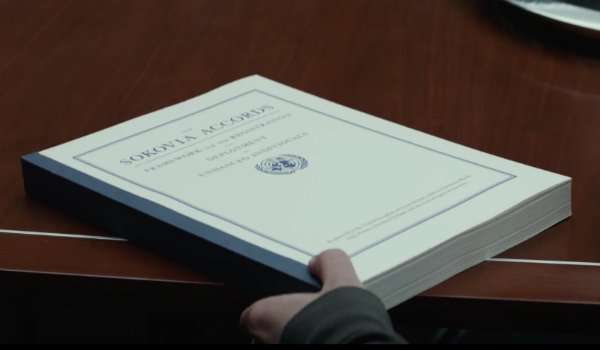 So, technically, the shield should not be under the property of the government now. So, Sam Wilson had every right to hold on to it.

And someone should’ve been notified them about the government trying to use it again.

Will We Give Him Another Chance?

We know that Bucky and Sam didn’t give him much of a chance. Well, we don’t blame them! But there are chances that fans also won’t be giving him any chance.

At first, they were a little okay when they heard him say that he wasn’t trying to erase Steve or replace him, but the ending where he yells, ‘better get out of my way’ fans were done with him.

The overall appeal of John Walker hasn’t appeased the fans one bit. According to the comics, John Walker actually goes cray cray and kills a lot so, that part won’t be helping him either.

What If…? Episode 5: What Happened To Scott Lang’s Body?