The News Fetcher
Home Movies Superhero Capes: Who Has The Best One? 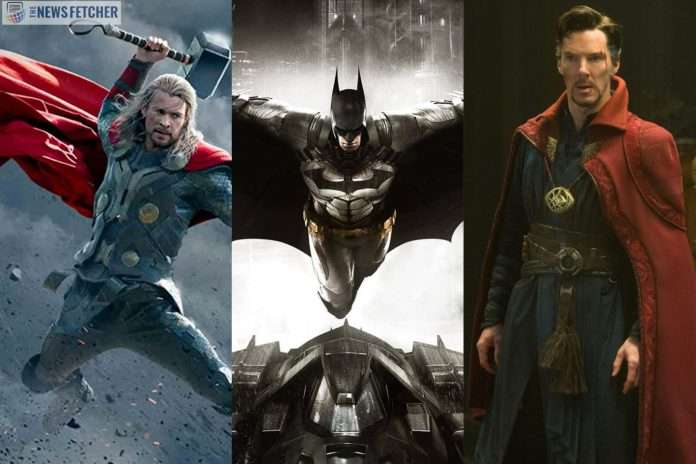 From children to grown-up adult everyone wishes they had a cape sometimes which would make them look cool but also gives them the power to fly. But the vast misconception here is that capes don’t make you fly.

Yeah, you read that right. Every superhero who adorned a cape has some superpower which gave them the ability to fly. It was just a piece of their costume to some superheroes, and for Batman, it was a technology which kept him in the air for a small amount of time and helped him in landing. But Doctor Strange’s cape is entirely unique.

Here are the capes of every favourite superhero and their analogy

Vision is a robot, sometimes it just drops out of our mind. To those who saw Avenger: Age of Ultron, they know that vision could fly even before the cape appeared on his back. Now his costume has one of the best capes, and we say it looks cool when he flies. But the same problem here, his cape doesn’t have any special powers.

Magneto has nothing to do with his cape like most we are going to see. I think all of these add that ‘might’ thingy to their superhero look and has nothing to do in real. Magneto’s power is in his helmet, and he does whatever he wants but needs no help from his cape. And unlike others, his cape is not even that good looking.

I am still confused over the story of ‘Far From Home‘. But what we do know is how Mysterio had a cape, and what we yet don’t know is, how everyone, including Fury, was fooled by him. The cape was absolutely useless as he was not a superpower possessed human/alien or at least have enough money to make a costume with powers like Batman or Tony Stark. But to be honest, like Jake Gyllenhaal said, we don’t know if we would’ve gotten out of that killer suit if we had the chance too. The cape is beautiful but definitely useless.

Marvel is known for its accuracy. Thor’s cape, according to Tony Stark, is Thor’s mom’s curtain. Well, we know Tony and his sarcasm but gotta admit the scene and his dialogues gave the name point break, so… Even though Thor’s flying abilities comes from his Godly powers, Mjolnir is the propeller. When Thor lifts it up and rotates in the air, it pulls him in the direction he wants. So, if you have to judge by just the cape, it is a beautiful cape but not doesn’t have any value or power of its own.

Batman is the one hero who has a cape and cannot fly without it. He has no superhero powers but has a butt load of money so, he made himself a cape. But his cape, unlike our other superheroes who can really fly, has some significance. His cape can actually keep him suspended in the air for some time, and his landings are more comfortable with it. Since we are taking only the capes and it’s power, in consideration here, we think Batman’s cape is powerful, not so much, but has some significance definitely.

Some theories suggest that the cape of Superman is the cloth that he was wrapped up in when he left his planet. They also go on to indicate that the cape actually has rejuvenating powers and it restores Superman’s energy when he is injured. But some comic buffs still think that nothing is propelling Superman’s fly, unlike Marvel heroes. So yeah, it’s mostly just a piece of the costume, without which too, Superman can fly. But it has some powers, so we bring him to close second.

Doctor Strange has a savage, cool, and killer cape. The cape has a life on its own. It’s an incredible piece of clothing too, but it is basically a killer beauty in red. It chooses it’s next owner if they deem themselves worthy. It gives Tony a smack on his head when he is just not taking stuff seriously in the Infinity War. And mimics Tony entirely while they are on the spaceship. It is by far the coolest and most potent cape in the superhero world. It is called the Cloak of Levitation, and its name is ‘Relic’.

Well, if it doesn’t come out as annoying while Tony makes a burger run or doughnut run while sitting and eating on the signboard on top, Tony might have designed a cape with his armor. We all know that’s true.

Have A Look At Changed Dates Of Upcoming Marvel Movies