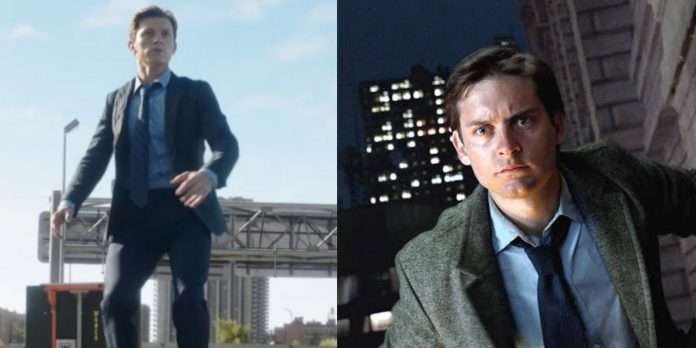 An inspired fan desire to understand more about a movie or series, especially if we’re talking about Spider-Man: No Way Home. Since the first trailer of the production arrived, the public has been looking for the most diverse reasons to create theories. While some look for clues to point out, like the strangeness behavior of Doctor Strange, others have paid attention to Peter Parker and his clothes.

There’s no way to think about Spider-Man NWH without considering the possibility of Tobey Maguire and Andrew Garfield showing up there. Theories became more vital after Alfred Molina’s Doctor Octopus and Willem Dafoe’s Green Goblin made their trailer debut. Molina was seen, but only Dafoe’s characteristic chuckle served as a reference.

While the public continues to think that the film will mark the debut of the Sinister Six, Marvel will undoubtedly hold back as much information as possible until its definitive release. However, something is specific: Tom Holland will need all the help he can get. We already know that the actor will have the support of Doctor Strange, even though Benedict Cumberbatch is being questioned about his true identity.

During the trailer, you can see Peter Parker wearing a rather curious outfit. While many saw there only a gray suit, a light blue shirt, and a tie, nostalgics directly paralleled an outfit worn by Tobey Maguire in his 2007 film Spider-Man 3.

It’s this outfit Tom is wearing when he’s attacked from behind by a creature that many bet is the Lizard. The visual appears again at the end of the trailer when Peter is on top of a bridge, and Alfred Molina’s tentacles hands make their arrival at the Marvel Cinematic Universe.

Based on this, different speculations and theories have arisen. One of them is that it is simply a wink, although others go further and think that Maguire’s face has been digitally replaced in the trailer by Holland’s to keep the surprise.

It should be remembered that Marvel has often made changes or digital tweaks in its advances so as not to reveal certain elements, such as the presence of Spidey in the battle of the airport of Captain America: Civil War. Furthermore, the theory gains strength if one considers that Alfred Molina’s villain recognizes Parker despite being another actor who plays him.

Continuing with Octopus’s reaction, it is also speculated that, perhaps, Doctor Strange’s spell has exchanged Holland’s Spider-Man with Maguire’s in their respective realities, thus explaining why the villain does not seem surprised to see Parker with another face. 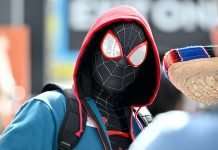 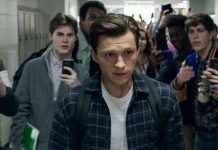 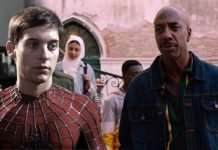