Spider-Man: No Way Home is nearing its schedule wrap, and fans who have been hyped ever since the movie was announced have been jumping ever since.

The Grandest Sequel of Spider-Man

Ever since we heard that this movie could be a possible version of another multiverse project, we have been hyped.

The possibilities that a multiverse movie could bring are enormous and has fans guessing and obsessing over ever since.

Without a doubt, Spider-Man: No Way Home is a massive project, and we can’t wait to see it in theatres. 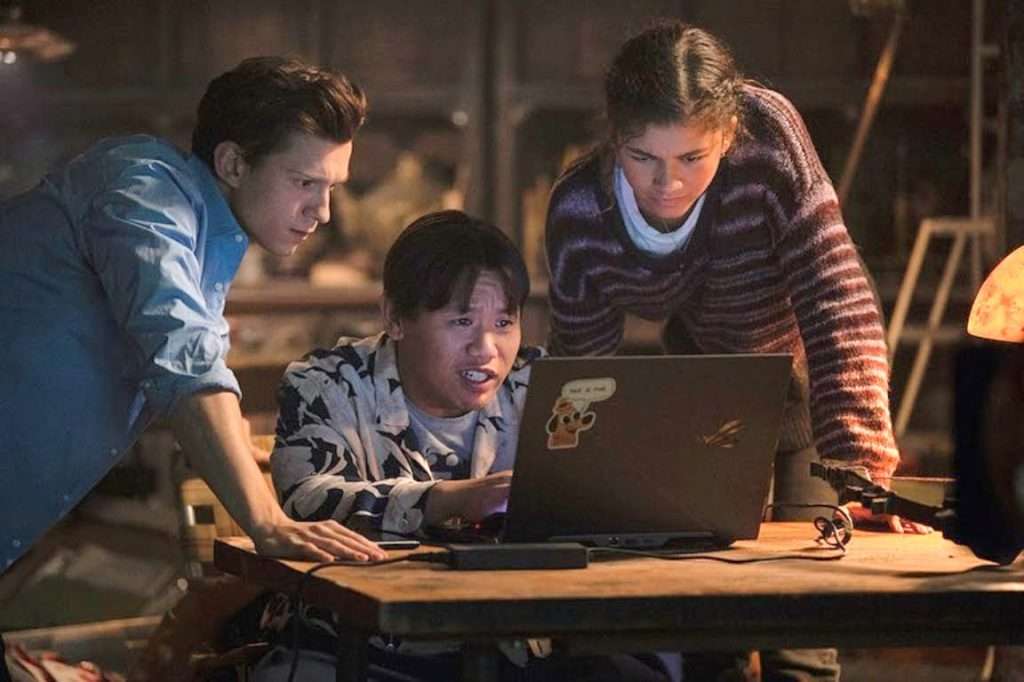 Marvel and Sony finally came to an agreement, and as a result, we got this movie. So, we know the movie is going to be grand. What we didn’t realize is how many villains Peter Parker will fight.

We know it’s more than one and that he will be getting help from other superheroes. But as usual, our sneaky friends at marvel haven’t confirmed anything yet.

As a recent way to confuse us more, a massive stadium-like set covered with blue screens has been constructed for Spider-Man: No Way Home.

What’s the Set For?

New photos from the set of NO WAY HOME show a massive, stadium-sized wall of blue screens! #SpiderManNoWayHome pic.twitter.com/Yw95wrd6ub

How on Earth would I know? But we may have some ways that it could be used. Even though Marvel hasn’t responded yet, well, we don’t think they will. Fans believe that it might be for the final showdown.

Many also think that it might be for a flashback scene with Peter and Uncle Ben when they went to see a match together.

But some fans think it’s stupid and ask why Marvel would spend so much for a small flashback scene.

While many are arguing over this, some think it is a scene with Magneto. Well, when you are done laughing, read the following line.

Are the Fans Even Close?

Well, some think that this is the scene where Tobey Maguire and Andrew Garfield are introduced.

They may be right, or they may be wrong. We can never say anything for sure with Marvel so, let’s just put these under the unconfirmed theory pile.

But no matter what it is, this scene might be huge because it’s been long since we saw some massive battle in a Marvel movie.

Nothing will beat the Endgame battle, but we have to come to the idea that scenes like those happen only once in a lifetime.

But this might be close, so let’s wait for more set pictures or for the movie to come.