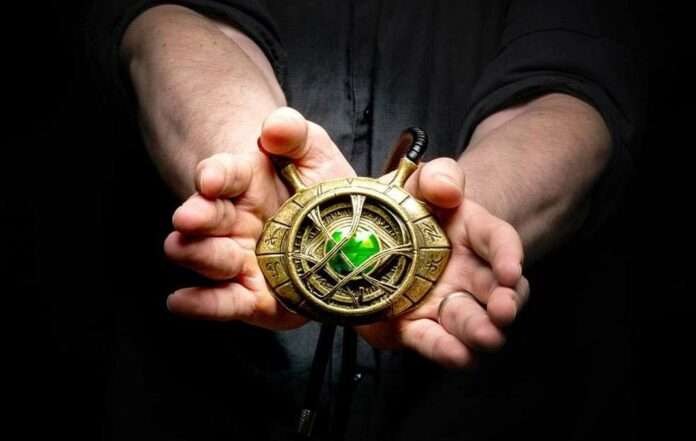 For long, we have known about Marvel Toys and what makes them special. And there are many superhero fans who remember having these Marvel Toys with them while growing up. Furthermore, they remember growing up with these amazing action figures or playsets consisting of their favourite Marvel superheroes. Even now, there are many toy stores which still have entire sections dedicated to LEGO, action figures, and other Marvel Toys and Marvel Collectibles.

In saying so, there are a lot of collectable Marvel figures as well as toys, made just for adults. And some of these come with very large price tags. Below is a list of some of the most expensive Marvel Toys which are currently available in the market. Along with their importance to collectors, we also mention their price tags for you to “marvel” upon!

Hot Toys Hulkbuster Is One Of The Most Expensive Marvel Toys Currently In The Market:

Hot Toys Limited is a Hong Kong-based manufacturer of highly detailed action figures and collectables. Some of their most popular lines include licensed Marvel Toys and Marvel Collectibles. And it also includes the amazing Hulkbuster figure from Avengers: Age of Ultron.

With a 21-inch height, the Hulkbuster has beautiful LED lights as well as weathering effects. Additionally, it includes multiple interchangeable pieces of Armor, along with a battle-damaged chest plate and an extra forearm Armor. It also has 30 points of articulation, with which you can pose the Armor in a variety of different poses. You can also open up the helmet and neck to reveal Iron Man inside.

Stan Lee’s Action Figure From Hot Toys Still Remains One Of The Most Prized Marvel Collectibles Ever:

Hot Toys mostly sticks to action figures from comic book movies. However, they are also famous for creating a unique action figure. This figure honours one of the founding fathers of Marvel Comics, Stan Lee. In 2015, Hot Toys created an 11-inch Stan Lee figure, complete with a tailored outfit and multiple accessories.

The figure also had seven different hands, for holding accessories, pointing, or even recreating Spider-Man’s “Thwip Thwip” movements. Additionally, the figure also comes with a pen for signing autographs. Along with that, you also get a director’s chair and a pair of Lee’s iconic sunglasses in the box. Of all the details, there is one that is the most touching. All of the figures also include Lee’s wedding ring, a remembrance of his long marriage to Joan Lee.

The current price of this toy on Amazon is $1,262. Check out this

The Metallic Captain America Figurine By Funko Is Also Quite Expensive:

You can find a lot of Funko Pop! Figures in the market easily. However, some of the more “exclusive” items from these conventions can be costly. This includes a 2011 Captain America figure which was unveiled at the San Diego Comic-Con.

It is a variant of the first Marvel Funko Pop! figures ever made. These figures include Thor, Loki, Wolverine, as well as Spider-Man. The difference is that the SDCC exclusives are made with metallic paint, and have the SDCC logo on their box.

The estimated value of the SDCC exclusive figure is $1,420, although these figures are usually priced at around $1,350 online. check out This

Spider-Man’s Action Figure By Mego World Also Belongs To The List Of The Most Expensive Marvel Toys:

In the 1970s, we found a new line of World’s Greatest Superheroes action figures by Mego World. This had tons of heroes from different franchises. The early versions of the figures were just Action Johnson figures with different head sculpts and costumes. Soon after, Mego created a bunch of different figures. This featured everyone, from Tarzan to the cast of Star Trek. It also had various Marvel and DC action figures.

Amongst Mego’s most popular characters as Spider-Man, as the superhero got multiple action figures. Some of the Spidey figures got webbing, some had specially made vehicles and some even looked like generic Ken dolls.

The prices of the Mego World Spider-Man figures vary depending upon their type and conditions. But a mint, inside-the-box figure can easily be sold for $1,450. Check out This

Some Of The Best Marvel Collectibles Includes The 2012 Captain America And Iron Man Promo Figures By Lego:

LEGO produces many different Marvel superhero sets. However, there are a few mini-figures that are high-value Marvel Collectibles. In 2012, the company created around 200 promotional mini-figures featuring Iron Man and Captain America. This was a way to promote their upcoming line of Marvel products.

The figures were different than what would eventually end up in standard Lego sets. Iron Man’s helmet was a painted standard LEGO head. Moreover, Captain America’s costume was based on the Bucky Barnes design. And as of now, they continue to remain hot collectors’ items for enthusiasts.

One of the rarest LEGO mini-figures is that of Spider-Woman, produced in 2013. This Spider-Woman figure by LEGO was only available during the SDCC. Even now, we don’t have the information on how many figures were actually made.

Till date, Spider-Woman still hasn’t made an appearance in an actual LEGO set. This is despite the Ultimate version of Jessica Drew getting a mini-figure in 2016.

Currently, the price of each Spider-Woman figure is $2,550.Check out this

Another One Of The Most Pricey Marvel Toys Is The Sentinel Action Figure By Sideshow Collectibles:

Probably one of the biggest Marvel Toys to make to this list is the 32-inch Sentinel figure by Sideshow Collectibles. It is also the most expensive toy in this list. The massive figure comes with two different head sculpts, a classic version and a modern version. Furthermore, it also has light-up eyes, hands, and a central battery. The figure was made in 2016 and only 750 of these were ever made.

Sideshow currently sells these figures for $2,800 or higher in third-party websites. Check out this

Everything You Need To Know About Namor, Black Panther 2’s Villain.

Who Is The Strongest Sorcerer Supreme According To Marvel Comics?