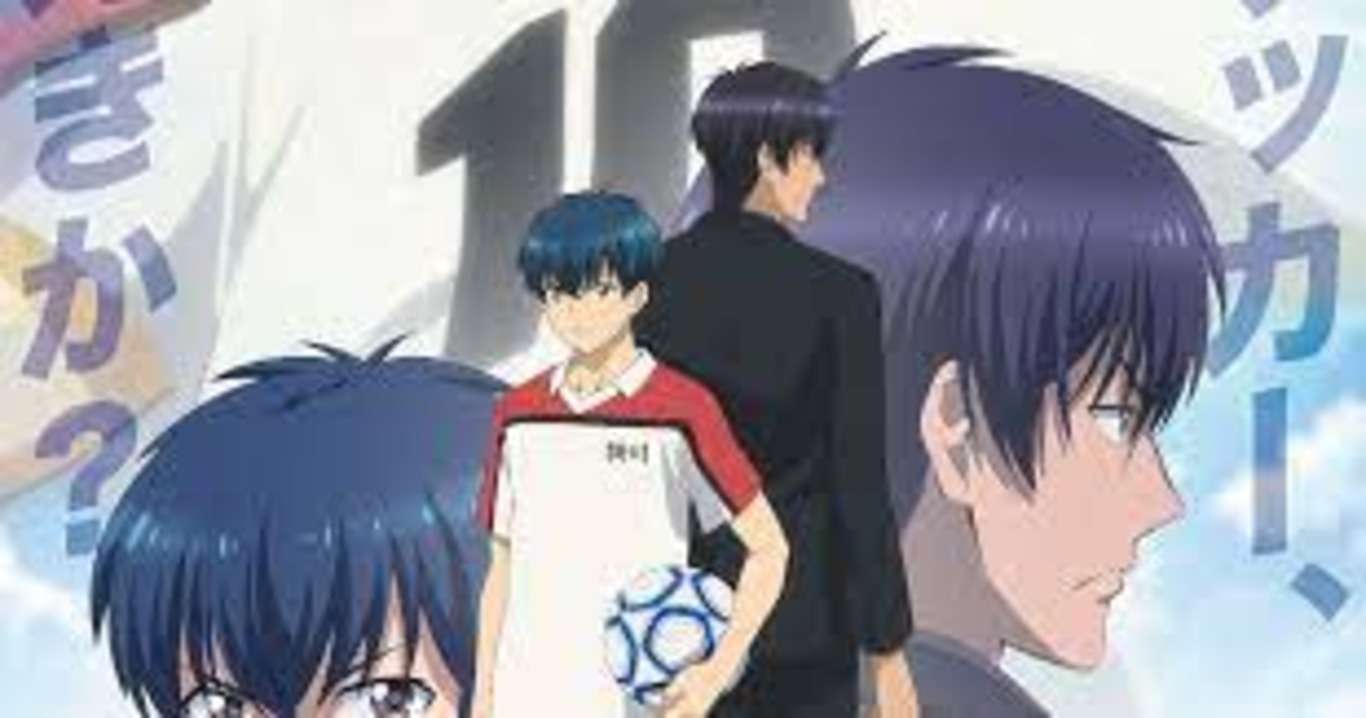 Shoot! Goal to the Future, a brand-new original anime series from Tsukasa Ooshima, will premiere in 2022. A new picture has also been released, revealing further details about the anime’s plot. Atsushi Kamiya, the former captain of the Kakegawa High soccer squad, is seen looking off in the distance. Hideto Tsuji, the series’ new protagonist, stands in front of him.

Due to its weakened team, Tsuji appears to be uninterested in soccer. Will his encounter with Kamiya rekindle his passion for the sport? The new show will be a follow-up to the 1993 anime. After Toei produced the initial 58-episode series, EMT Squared is now in charge of the animation production.

Atsushi Kamiya, a former captain at Kakegawa High School and the world-renowned “courageous captain” for a famous Italian soccer team…

And Hideto Tsuji, a student at Kakegawa High School, who seems uninterested in the now-weakened soccer team…
Their meeting is the start of a new legend…

Shoot! had broken the hearts of sports anime fans while also enthralling them. As a result, the next book in the series has a lot to live up to.

This is a rough outline of the plot of Shoot! Toshihiko Tanaka, a young lad who has just begun at Kakegawa High School in order to play association football with his idol, Yoshiharu Kubo, is the protagonist of the narrative.

Toshi’s buddies are hesitant to return to football this year unless he can persuade them to join the squad. The squad will compete in the All-Japan High School Championship soon.