This Friday, Marvel Studios has released a new Official Poster for its upcoming film Shang-Chi and the Legend of the Ten Rings starring Simu Liu in the lead role.

Here in this poster, we can see all the cast that will appear in the film, including Abomination. Still, there’s a new character which we have not seen in any trailers yet, and many people have failed to notice but not the fans of Hawkeye, and that’s the Crescent. Have a close look below.

There’s no information yet on who is portraying Crescent, but we will soon find out as the movie is only a month away, releasing on 3rd September only on theatres.

About Crescent aka Dan Bi 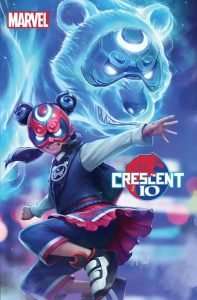 10-year old Dan Bi grew up in Korea, raised by her single father. He was an antique dealer who was forced to acquire powerful artifacts for the ancient sorceress Morgan Le Fay until one day, he suddenly disappeared.

Dan Bi found the mysterious red bear mask in his bedroom but was then attacked by a group of armed soldiers. Dan Bi prayed for protection, and this prayer summoned Io – “half-moon” bear spirit – from the mask, lo drove the soldiers out with a roar.

Her Powers And Ability

Dan Bi is a taekwondo prodigy, the mysterious Red Bear Mask: An enchanted mask that can summon and control Io. 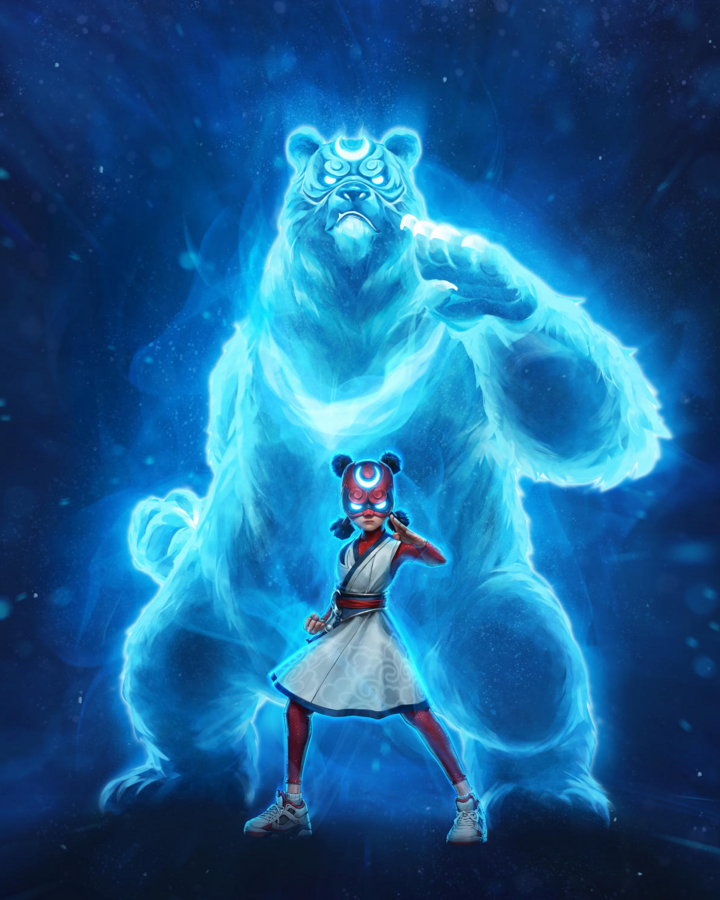 Io is a “half-moon” bear spirit sealed inside of the enchanted mask currently in possession of Dan Bi.

Shang-Chi, directed by Destin Daniel Cretton, is the first Marvel film with an Asian character. Cretton said in a statement, “Shang-Chi’s main problem in his life is rooted in not knowing who he is. He has to learn how to own every part of himself. If he doesn’t allow himself to look at all of it—the good, the bad, the light and the dark—and to own it all, he won’t be able to reach his full potential.” Advertisement “In my culture, death is not the end.” Black Panther: Wakanda Forever was never originally supposed to be the movie it ended up becoming. After the tragic passing of MCU icon Chadwick Boseman, this movie needed to become something more than a sequel to Black Panther, a billion-dollar phenomenon that revolutionized the genre. Ryan Coogler and his…