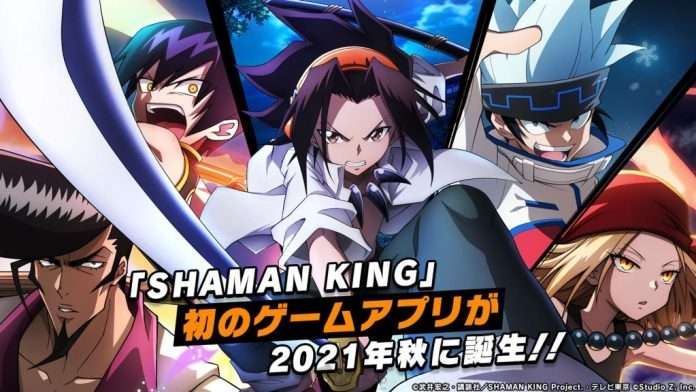 Though that’s not a long time, for us fans, it’s brutal and frustrating. If you want to know more about the release date and other details of Shaman King 2021 Episode 18, read further!

Titled “Guns of the Angel”, the latest episode revealed some really cool fights between Ryu of the Wooden Sword and the Vampire Shaman, Dracula. Their fight explored the depths of both the characters and their pasts, further cementing the beauty of the plot.

During their journey, Yoh Asakura and his teammates are challenged to a fight to the death by Hao’s men. One shocking aspect of this episode was when Blaumro Dracula murdered one of his men, calling him a weakling.

Seeing this, Ryu told Dracula that anything that’s built via destruction won’t last long, which is exactly why he chooses to keep struggling for the better. He explained how humans won’t be able to accomplish anything on earth if they give up. We get Ryu’s flashbacks of the past when he requested the old man Asakura to train him.

Though his requests fell on deaf ears, Ryu learned something valuable from this experience. Old Man Asakura doesn’t want strangers to get involved in the bloody Asakura family. In the meantime, Ryu kept working hard when Spirit Ghost Tokageroh appeared. They quickly became friends.

Tokageroh and Ryu learn a lot about each other’s personal motivations and desires. The duo spends the whole night outside waiting for the training, when in the morning, they start their rigorous training with Old Man Asakura near a sacred river. The old man narrated the inspiring tale of the bloodthirsty Orochi, which is mirrored in Ryu’s character.

Back to the present, In a decisive battle with Dracula, Ryu defeats him by unleashing Ame No Murakumo. Ryu and Lyserg have a tense argument over the need to kill him because he’s Hao’s minions. However, Yoh argues that they shouldn’t turn into petty murderers and find out more about Hao from Dracula.

Amidst this fiasco, a Shaman called Michael appears and kills Dracula for being an evildoer. Another Shaman by the name of X-Laws appears and cites their purpose. Yoh and his team are left alone because they haven’t done any wrong.

The Shaman Fight will start soon and the stakes have got much higher!

Shaman King 2021 Episode 18 will get released on the 12th of August 2021. There have been some delays because of the ongoing Tokyo Olympic Games and we’re very sad.

The new episode looks promising and we might see new characters getting introduced!

Must Read: Here’s All You Need To Know About Shaman King 2021 on Netflix