Shah Rukh and Alia shared the screen for the first time in Gauri Shinde’s Dear Zindagi, which was a critical and commercial success. Now, SRK is all set to reunite with Alia Bhatt on a quirky mother-daughter story, Darlings, this time as a producer. According to a source, the film is entirely developed by Red Chillies. Alia loved the story and instantly got on board for the project. 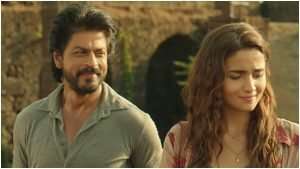 Darlings will be Jasmeet K Reen’s directorial debut. Reen  has worked as an Associate Director in many movies like Force 2, Fanney Khan, and Pati Patni Aur Woh. The film has celebrities like Alia, Shefali Shah, Vijay Varma, and Roshan Mathew on board. 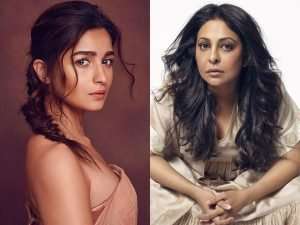 This story is about a mother-daughter duo, which Alia and Shefali will play. It’ll highlight their journey through crazy circumstances in life. Set in Mumbai against the backdrop of a middle-class family, it traces these two women’s lives and the ups and downs they go through.

Though an official announcement hasn’t been made, Darlings is expected to go on floors as early as the first quarter of 2021. The pre-production work is going on in full swing, and the team is all ready to take it on floors very soon.

Shah Rukh Khan is currently shooting for Pathan, which features him as the lead agent with Deepika Padukone, too, joining him on the mission. John Abraham, on the other hand, plays the antagonist of Pathan. The follow-up to Pathan for the superstar is expected to be Rajkumar Hirani’s upcoming social comedy.