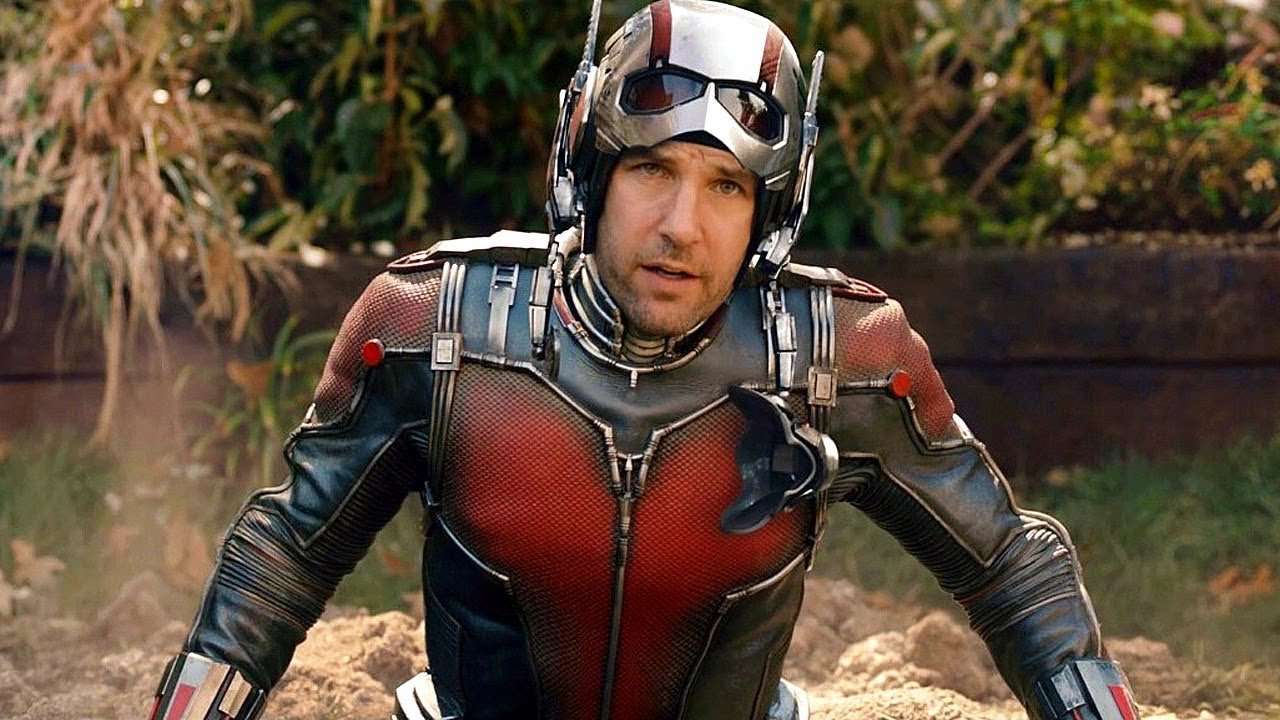 Superhero movies are very different from the movies of other genres. They tend to have a “universe” of their own. There needs to be a major pre-requisite when it comes to suspension of disbelief in such films. In real life, people do not have super strength. They also cannot fly. Furthermore, they definitely do not possess the ability to travel through time. These aspects are not the be-all-end-all of movies from Marvel Studios. However, some details in these movies are definitely harder to swallow than others. And this is especially in the case of films like Ant-Man and the Wasp, along with the character of Scott Lang.

Recently, an eagle-eyed Marvel fan took to Reddit to pinpoint a major fact about the character of MCU Scott Lang. The fan, whose username on the platform is u/racso20 posted a picture of a huge house. Moreover, there are two black sedans standing in front of it. And he goes on to say the following.

“The most unrealistic part of the MCU is that Scott Lang, an ex-con on house arrest with no job, can afford this house in San Francisco.”

The most unrealistic part of the MCU is that Scott Lang, an ex con on house arrest with no job, can afford this house in San Francisco. from marvelstudios

In Regards To The Post About The MCU Actor:

According to the films, Scott Lang is an ex-convict on house arrest. Moreover, he works for a company that is struggling to stay afloat. And at the same time, he can afford to pay for a house in San Francisco. This fact that Marvel is trying to sell here is (a little) hard to digest for us.

It is probably harder than it is to pay rent for such a house for someone who is in Scott’s current situation. But, let’s just say that it is the least believable part of the MCU. In that case, Marvel seems to be doing a pretty decent job here.

Why Is This So Hard To Believe? 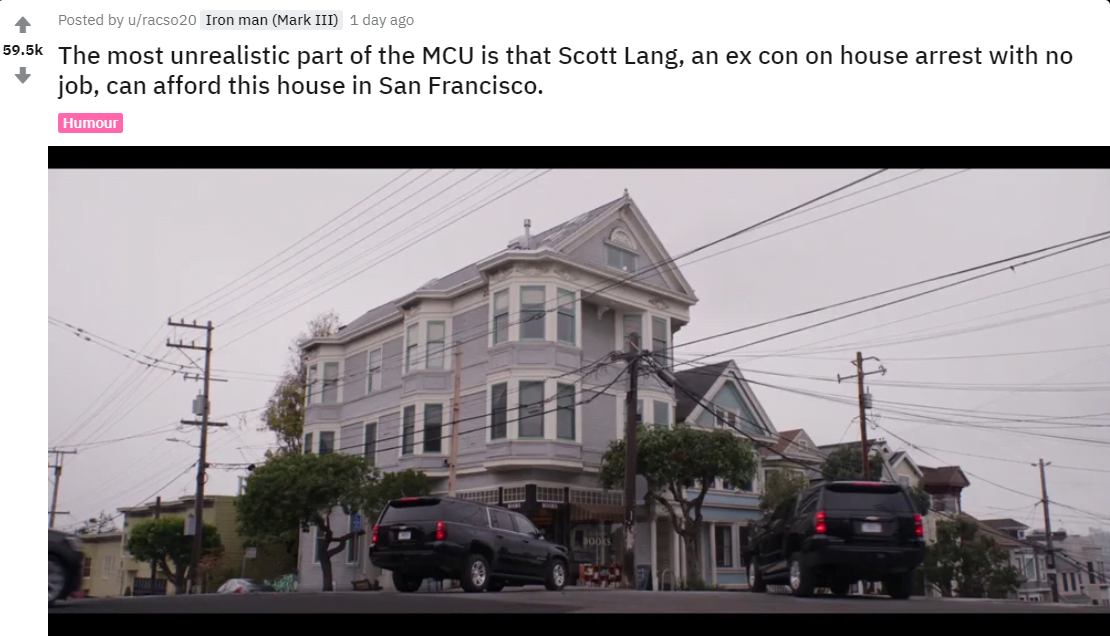 Perhaps Marvel will soon explain to us how Scott Lang can afford this house. They might also include how he can do so especially with his salary from the struggling company X-Con. Here, it is also important to note that the company was about to fold. But Luis and Co. snagged a major deal with Mr. Karapetyan, the owner of the apartment building. However, all of this is still under the assumption that Marvel will actually get to make Ant-Man 3.

The Future of MCU Scott Lang:

Marvel Studios currently has a full slate moving forward. Moreover, they have not yet made any announcement of a plan for a follow-up of Ant-Man and the Wasp. However, Paul Rudd has already made a comment regarding this. According to him, if fans wish to see another installment of the franchise, they need to pressurize Marvel Studios to do so.