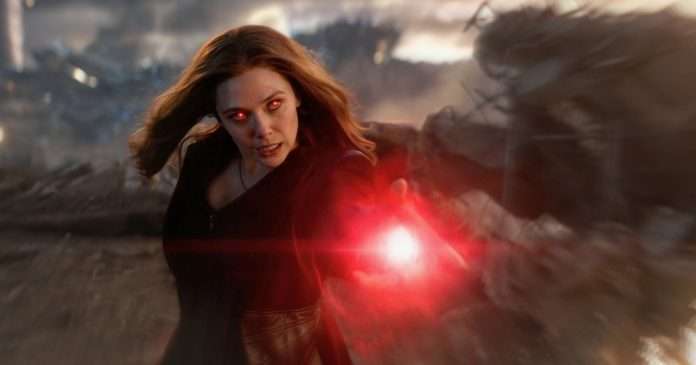 One of the biggest changes the Disney+ series brought to the MCU was Marvel’s ability to explore characters that had previously been out of screen space. This was the case with Wanda Maximoff, for example. The current MCU’s most powerful heroine, and the Scarlet Witch, she never had the opportunity to be so prominent in one of the films where she was the protagonist, as the original heroes always became more important according to Kevin Feige‘s vision.

Although from the beginnings of Wanda Maximoff in the MCU, it was made very clear to us that the character was one of the most powerful of the hero scene, it was not until her appearance in Scarlet Witch and Vision that we have seen Wanda truly shine. And Elizabeth Olsen.

Also, Read; How Scarlet Witch Can Get Her Own Solo Movie

Wanda has become one of the main characters of Marvel Studios, and it seems that she will have a lot of weight in what is to come in this Phase 4 of the MCU since Olsen will also appear in Doctor Stange and the Multiverse of Madness alongside Benedict Cumberbatch.

Marvel Studios manages well to follow its filming schedule to the letter despite pandemic filming restrictions, often leaving actors little time between productions. Building on her Emmy nomination, Elizabeth Olsen spoke to Variety about how the change from filming Scarlet Witch and Vision went to Doctor Strange 2 and how she would have liked a little more time between the two jobs.

“I finished Scarlet Witch and Vision ( Wandavision ) on a Wednesday, and flew to London on Friday to continue the role ( in Doctor Strange 2 ), Although it would have been good for me to be able to get out of character, change the chip because they are two completely different uses of the character and people would have had more time to understand Scarlet Witch and Vision if we had not finished filming right now.”

“So there was a lot of … ‘But we’ve already explained this in Scarlet Witch and Vision …’ He’s bigger than me, there are a lot more threads that continue after me that I have no idea, so always I wonder ‘What can I get out of this journey with this character that we haven’t tried yet?”

Not much is known yet apart from the long-awaited sequel to Doctor Strange, other than it will be directed by Sam Raimi and written by Loki’s screenwriter Michael Waldron. The film is expected to have many horror elements, which is undoubtedly a massive change from the Wanda series’s comedy tones. As planned, Doctor Strange and the Multiverse of Madness will premiere in March 2022