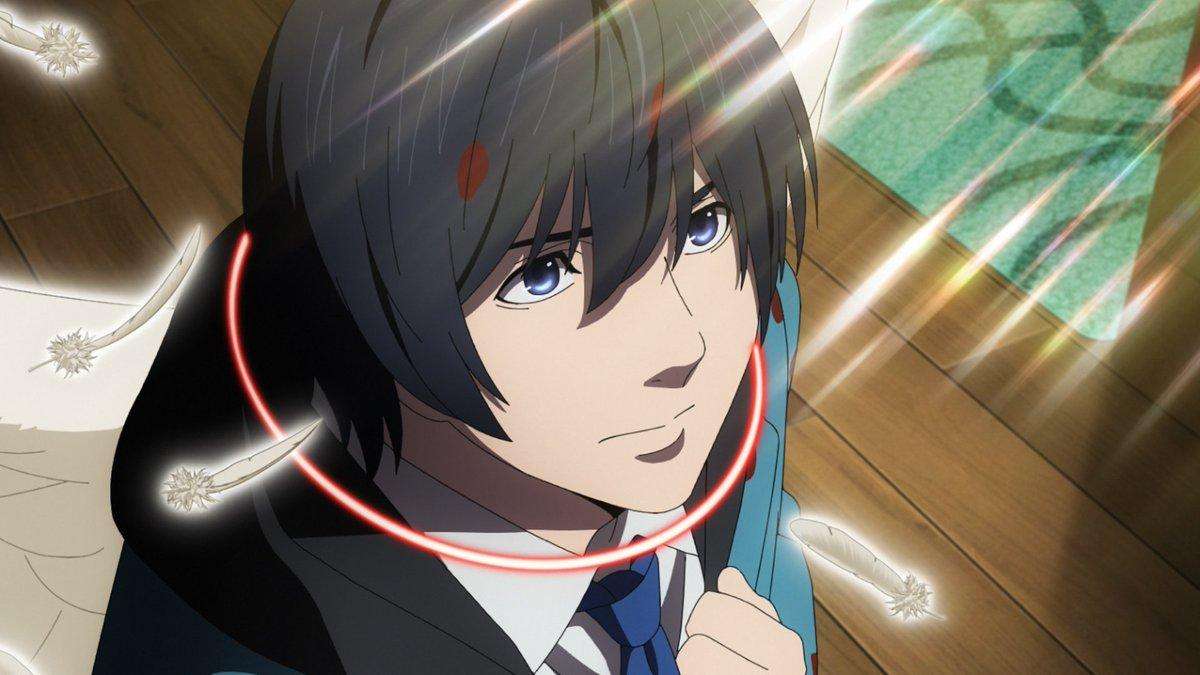 The upcoming episode of Platinum End is set to release on 5th November 2021 under the title, “Death Sentence”. The release time will vary depending on your geographical location. The release time on your location is as follows:

In the latest episode of Platinum End, we saw two more God candidates, Metro Blue and Yellow. Hearing Metropoliman’s declaration to become the next God, the two had come to kill him. Blue and Yellow have Wings and Red Arrows, which Mirai and Saki believe put them above first-rank Angels.

Citizens question if there are three heroes and if they are comrades or foes. The commentators are perplexed as well, as they are unsure if it is Metropoliman. Yellow addressed Metro Blue by his first name, Tabuchi, and ordered him not to break the code. Metro Blue worries if they’ll be sorry if they die here.

Metro Yellow confesses that he will never want to live in a world where that guy is their God and that he is willing to die if that is the only option. However, if he is God, they are doomed because no one can beat God.

During their senior year of high school, the two recollect being hailed as heroes. However, they later suffered as a result of being rejected and abandoned. They met by the tree one day, both crying since they had become the loser.

Their friendships, however, are strengthened as a result of this. They talk about the suffering they’re going through in their lives and console each other. They felt their lives were over, but when they were transformed into Metro Blue and Metro Yellow, they were able to get their lives back on track.

On the battlefield, the real Metropoliman speaks to Red and Yellow on the large screen and explains why he sent the other one because he can’t waste time-fighting soldiers he’ll destroy in 0.2 seconds.

Metropoliman revealed his strategy for defeating them as well as their weaknesses. However, he vanished. Because she is afraid of Metropoliman, an Angel girl asks the Metro Blue and Yellow to take her. Mirai made the decision to assist the newcomer.

What To Expect In Platinum End Chapter 5

The fans who have already read the manga will be aware of how thrilling the upcoming episode is going to be. Based on chapter 5 of the manga series, the upcoming chapter will reveal to us how perceptive Metropoliman is of his situation.

In a desperate attempt, Metro Yellow and Blue asked the other candidates present in the stadium to form an alliance with them. Metro Green and Pink, who are actually paid actors of Metropoliman, agreed to join them.

As they were celebrating the formation of their alliance, Metropoliman showed up again. He had exchanged places with the decoy when they were busy piercing Green and Pink. In a swift movement, Metropoliman shot one of them with the White arrow and the other with the Red arrow.

Read also: All you need to know about the forthcoming anime Platinum End

Where To Watch Platinum End

You can watch the official version of Platinum End on Crunchyroll and Funimation. Fans can also subscribe for premium access on either streaming platform to get early access to the episodes