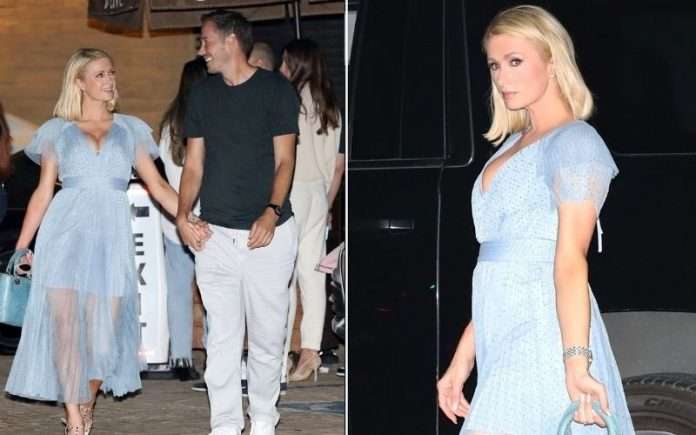 While we were cheering for a hot minute when it was reported by media outlets that Paris Hilton is pregnant, we’ll have to let it go now. It turns out that the Paris Hilton pregnancy rumours really did turn out to be nothing more than a rumour.

Last night, Page Six alleged in an exclusive story that Paris Hilton is pregnant with her boyfriend Carter Reum’s child. The couple has been together for years and is currently engaged.

“The pair have been open about wanting to start a family together, with Hilton, 40, revealing in January that she had been undergoing IVF treatments,” the article reported.

While the world was quick to celebrate this viral news, the 40-year-old star did not just sit there and do nothing. She quickly denied the rumours through her social channels.

“Woke up to thousands of texts about all the pregnancy news this morning. I want you to hear it all directly from me,” she wrote on Twitter. The Simple Life star also stated that she is “waiting” until after her wedding and hinted that she wanted to fit into her wedding dress.

Woke up to thousands of texts about all the pregnancy news this morning. I want you to hear it all directly from me. Listen now: https://t.co/H0k86nnjU2 pic.twitter.com/1Q4dBK7kdJ

In her podcast, she spoke directly about the rumour. “I am not pregnant, not yet. I am waiting until after the wedding. My dress is being made right now so I want to make sure it looks gorgeous and fits perfectly so definitely waiting for that part,” Hilton confirmed.

Click the link below to hear Paris debunk the rumor herself on "This Is Paris" and her thoughts on how this rumor even came to be.https://t.co/jxCGNpMvKP pic.twitter.com/zKPNWLHCTj

And with this, Hilton has squashed all the rumours surrounding her pregnancy and her first child. However, the star does not shy away anymore from talking about love, marriage or having kids.

Hilton and her boyfriend Carter reum got engaged this year in February after dating for a year. Reum popped the question on a private island with an emerald-cut diamond ring designed by Jean Dousset and Hilton said “Yes” to forever.

Hilton has often talked about her relationship with Reum and has called him her “dream guy.” And honestly? We also think he’s the one.

Must Read: Doctor Strange 2 Could Have A Major What If…? Cameo And Connection

Maeve and Otis Break Up In Sex Education Season 3 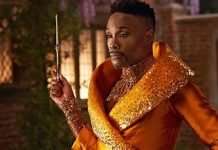 Cinderella- Fairy Godmother Played By A Man And Fans Love It!

Cinderella- A Musical Eargasm That Leaves You Happy