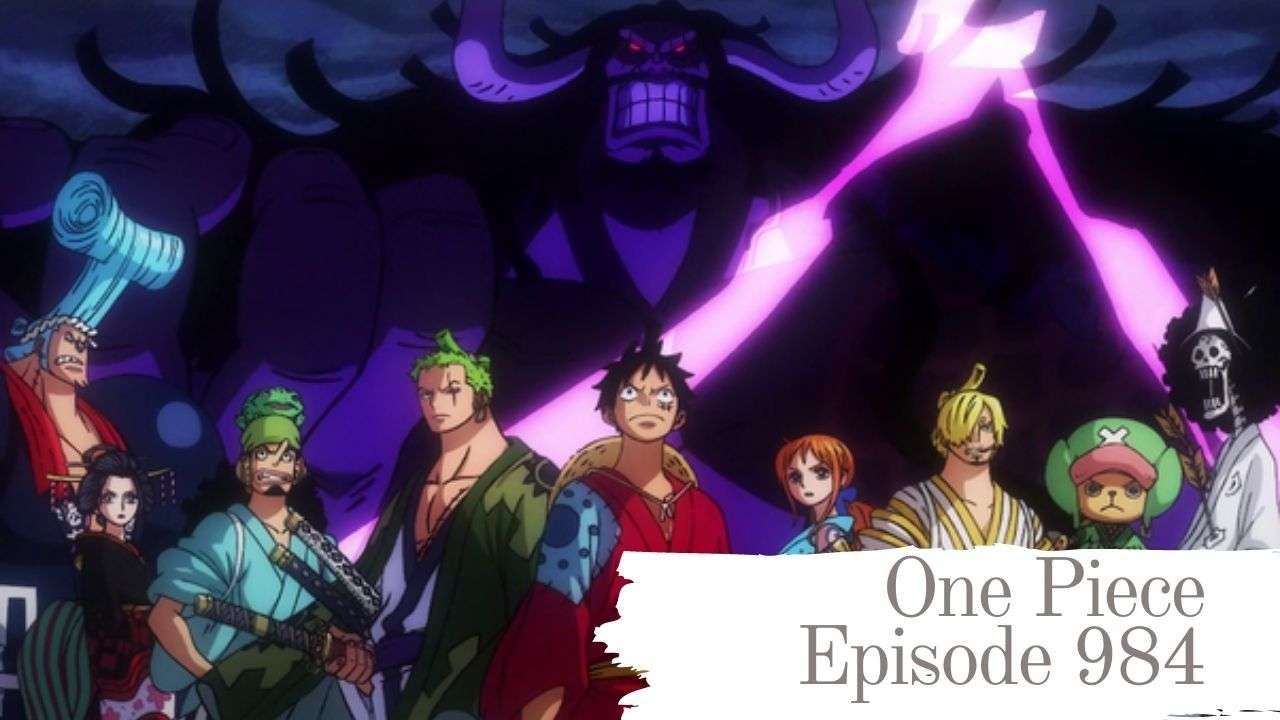 Here are the leaks of One Piece Episode 984. The Episode is titled “Luffy Goes Out of Control?! Sneaking into Kaido’s Banquet”. It will be airing on July 25.

In Episode 983, Eustass Kid and his pirates lead the way to Onigashima. The Straw Hats and the samurais follow his lead. They push through the outer ring and finally arrive in Onigashima.

Onigashima is large and is terrible to behold. They are a little intimidated by its landscape. Three guards notice their entry. However, Usopp knocks them out with his sleepgrass shot. The samurais also destroy their ship as soon as they arrive ashore. This symbolizes their will to emerge victoriously or die trying.

The group enters Onigashima without detection. At last, the assault is about to begin.

One Piece Episode 984 will cover: