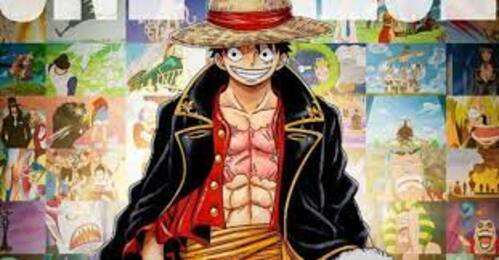 X Drake has joined hands with the Straw Hat Pirates especially Luffy. However, many of his allies openly express their doubts about a traitor like Drake and scold Luffy for being so gullible.

Things get resolved soon and they go on their ways to fight the Numbers and the underlings of Kaido. What will happen to the Straw Hats and Kaido? How will X Drake help them defeat Drake?

All the answers will be revealed in One Piece Episode 1003. To find out more, read further.

Read this: Fushigi Yugi To Release New One Shot Manga in 2022!

One Piece Episode 1003 will be getting released on December 12, 2021. Every week on a Sunday, a new episode of One Piece gets released. You can watch them legally from the streaming platforms like Crunchyroll and Funimation.

In the previous chapter, we saw how the Straw Hat Pirates formed a strong alliance with the likes of X Drake. Meanwhile, Nami and Ulti have become ultimate rivals. The battle that has been continuing inside the Skull Dome has reached new heights with X Drake’s addition into the picture.

In a funny panel, Luffy activates his Gear Fourth: Bounce Man to defeat the Number with relative ease, after which X Drake requests his help. Using X Drake: Calibur, Drake transformed into a human. Hyogoro reported how frightened he was which made him comment how he looked like the God of Fire.

The Straw Hats express their shock at seeing X Drake joining them in the fight. But it takes a humorous turn when Sanji does his humorous antics while expressing his anger at Drake getting the chance to see the naked ladies inlcuding Nami inside the bathhouse.

Drake is surprised as he never meant to see them naked. However, Sanji confesses trying to do his best to see Nami naked, at which Nami is utterly disgusted.

Hyogoro’s Samurai realizes that X Drake can transform into a dinosaur. Hyogoro is curious if X Drake is a Tobi Roppo cop. Ulti and Page One are perplexed as to what X Drake is up to and are enraged by his attack on the Numbers.

X Drake affirms Luffy’s statement that he wants Kaido annihilated but refuses to divulge the reason. Zoro starts attacking X Drake because he believes the latter is trying to trick them. Franky and Jinbei honestly tell them that they don’t trust Drake.

But Luffy retorts calmly by telling them that he has faith in him and that’s why he became an ally. The Straw Hats are still not convinced, with Zoro still believing that a traitor always remains a traitor.

X Drake recognises that Zoro has every reason to be skeptical of him. Luffy is speeding towards Kaido’s house, and Sanji joins him. Kaido’s subordinates are still being chopped by the Samurai.

Ulti and Page transformed into beasts and start punishing the Samurai. when Sanji sees Page One, he realises he’s up against a dinosaur from the Capital.