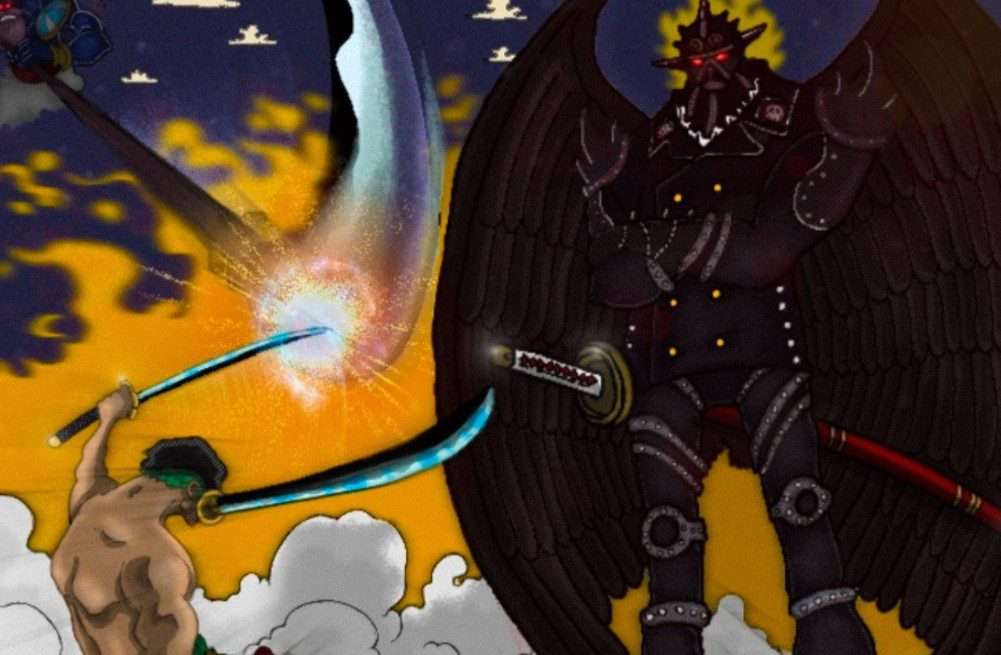 The battle rages on as Luffy and Momonosuke fight Kaido to prevent Onigashima from falling down on the Flower Capital. We also witnessed a development in the fight between Zoro and King. With One Piece Chapter 1028 set to release soon, will it spell victory for our heroes or disaster for the people in the Flower Capital?

Read on if you want to find out more about the upcoming chapter of One Piece. 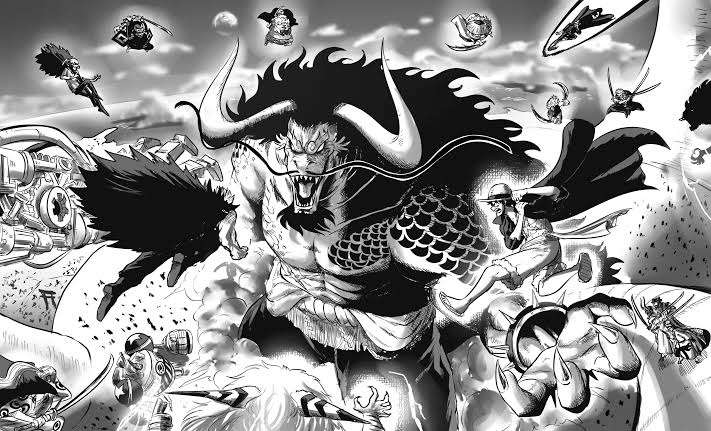 Thanks to the clash of Luffy and Kaido’s Haki that breached the clouds and made it possible for the minks to see the Sulong-triggering full moon, Nekomamushi and Inuarashi are able to defeat Jack the Drought and Charlotte Perospero.

In the meantime, the latest chapter reveals that Kinemon could not totally kill the usurper Orochi even after his brave act and it seems that the shogun is still in the hideout.

The preceding installment of the manga shows the final showdown between first mates and it seems that the heavily-wounded Zoro could make it and in fact defeat King who is in his prime condition.

Momo has been taught by Yamato how to build Flame Clouds and they want to think of a way to save the floating island of Onigashima from colliding with the Flower Capital.

Yamato learned in the earlier chapter Kaido’s power is beginning to get unsteady and is probably becoming weaker. If this continues, his Flame Clouds that make Onigashima stay afloat will vanish soon.

We can expect the upcoming chapter of One Piece to focus on the battle between Luffy, Momonosuke, and Kaido along with Zoro and King as these fights look like they’ll last for some more chapters.

Fans may also come to know more about King, and if lucky, Kaido’s strongest All-Star may finally be unmasked. We may also get some coverage on the fight between Sanji and Queen.

Another development we could get is on the status of the fight between Kid and Law and Big Mom. Fans may also get an update on Franky, Robin, Brook, Nami, Usopp, and Tama in the upcoming manga issue.

Read this: One Piece Episode 994 Release Date, Leaks, and Spoilers

Where to Read One Piece