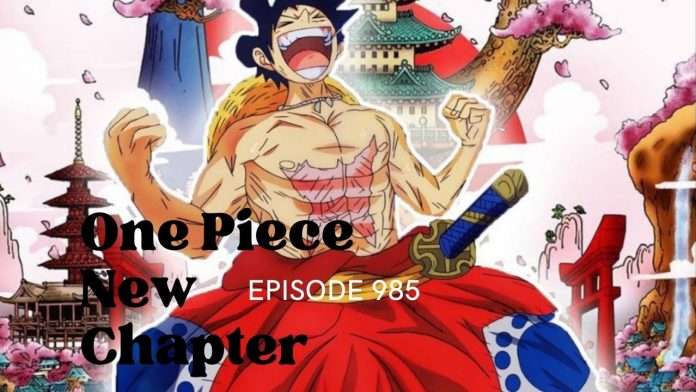 Here are the leaks for One Piece Chapter 1020. The chapter is yet to be titled. It will release on August 2.

In Chapter 1019, Queen and Sanji continue their battle. As for Zoro, the Minks try to heal him but his bandages make it difficult. On the Polar Tang, the Heart Pirates finally pump all the water out of Luffy.

The tamed Gifters continue fighting the other Beasts Pirates. This allows Franky to have a one-on-one fight with Sasaki. Sasaki changes into his hybrid form. 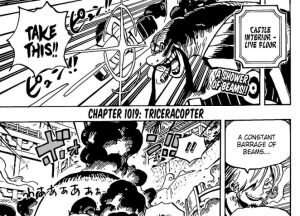 Sasaki attacks them all with Heliceratops. He attacks Franky again with it as Franky says that he didn’t expect the fight to become an aerial battle.

The two fight it out and eventually Franky blasts Sasaki unconscious. On the roof of the Skull Dome, Kaido tells Yamato that they would make a worthy addition to the Beasts Pirates’ military strength. Yamato retorts by saying that is no way for a parent to talk to their child.

Yamato also declares that if they just abandoned the country, they couldn’t call themselves Kozuki Oden, as their Devil Fruit hybrid form is shown.

One Piece Chapter 1020 will cover:

Also, check out this article about Zoro. Zoro is one of the most popular One Piece characters. Find out what makes him very popular.