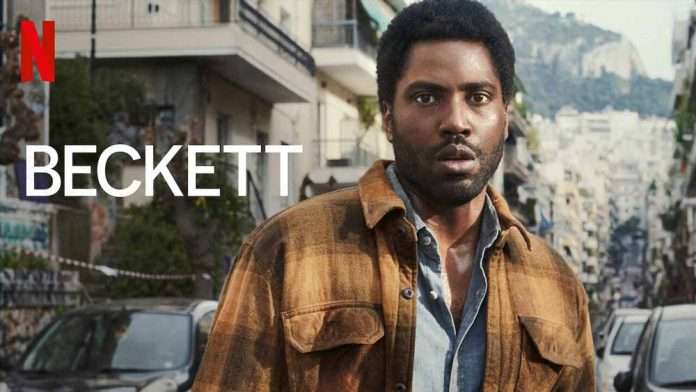 Italian filmmaker Ferdinando Cito Filmarino dropped Beckett on Netflix, this week. The bilingual political thriller revolves around the main protagonist Beckett. The film manages to keep the viewers on their toes with high-voltage action drama and picturesque Greece.

The ending of the film had left the viewers stuck in a spider’s web. (Well, we were vibing with our protagonists, nvm.) The redhead missing boy, local police trying to kill the protagonist, Greece in political turbulence, jumps off the high ends and the blood oozing out. All these made the film solid concrete to leave the audience scratching their heads.

Film in a snip

Beckett ( John David Washington), a US citizen, was enjoying his vacation with his girlfriend April (Alicia Vikander) in Greece. But instead of romance, Greece had trauma in store for Beckett. Beckett and April landed in a car crash, leading to April’s death and Beckett stuck in a political conspiracy.

After the car crash, Beckett wakes up in the hospital and later on is taken to the police station. Sooner he makes his way to the accident scene revisiting the spot where April dies, trying to commit suicide by swallowing pills. Out of the blue, we find people shooting at him. Later, making his way to the US embassy hiding from the cops. But things become more interesting as the head of the embassy Stephen Tynan(shady embassy officer) backstabs him. Nevertheless, in the ending scene, Beckett finds the child in a car’s trunk.

What was political about the film?

Dimos Karras (redhead boy) was the nephew of a famous political leader, Karras. The abduction of the child was done by a right-wing ultranationalist fascist group called “Sunrise”. They wanted to blackmail Karras to step down from the upcoming election the reason being him planning to overtake their government.

The monarchs of Sunrise had the police and law in their pockets. Beckett possessed a great threat to the Sunrise as he had seen Dimos in the mountains when his car crashed. To prevent any future consequences, the sunrise set the police to kill him. Later, making Beckett part of the manhunt.

Also check out: Beckett: Why His Backstory Is So Relatable and Tragic

What happened at the end?

We saw Karras (political leader) being shot in the rally. The mob that had gathered for protesting went aggressive. After getting trapped by Stephen for the second time, Beckett learns that child’s involvement wasn’t political after all. The dead man was in great debt and the police simply needed a fall guy for the kidnapping case, which was Beckett of course.

In the climax scene, we find Beckett going full batman mode by launching himself on top of the corrupt police’s car who had the young prisoner locked in his trunk. And finally saving him.

Why did Beckett save Dimos Karras?

The screen fades with Beckett saying, “I should have died.” This clearly indicates that Beckett holds himself guilty for April’s death. We remember at the beginning April said to him, “You just pretend other people are me. Just pretend it’s me, and you won’t hold back.”  And saving Dimos can be his way to redemption. 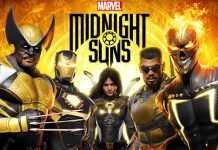 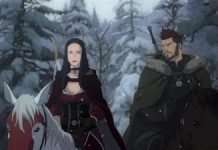