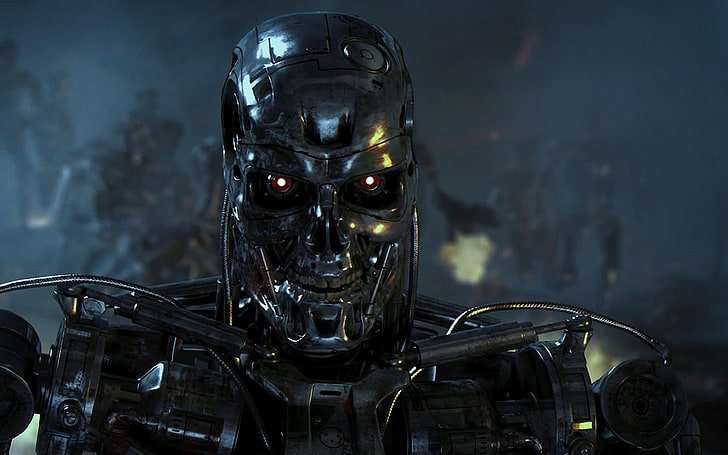 Netflix announced that the Terminator franchise is getting an anime series—in partnership with Production I.G. and Skydance. It would “approach Terminator in a way that breaks conventions, subverts expectations and has real guts.”

Production I.G. is best known for the anime adaptations of Ghost in the Shell, Haikyu!!. They’re partnering with Matt Tomlin, who is the showrunner and executive producer. Tomlin has previously worked on Project Power and the upcoming The Batman. Skydance Media has produced the two latest Terminator movies.

“Terminator is one of the most iconic sci-fi stories ever created — and has only grown more relevant to our world over time,” John Derderian, vice president of Japan and anime at Netflix, has said in a press release. “The new animated series will explore this universe in a way that has never been done before. We can’t wait for fans to experience this amazing new chapter in the epic battle between machines and humans.”

Derderian’s statement is a testament on how Netflix is very eager to expand its selection of anime. Sony is doing the same—it acquired anime streaming giant Crunchyroll last year, increasing its monopoly.

Here’s what Mitsuhisa Ishikawa, president and CEO of Production I.G, said: “I asked my long-time friend and colleague Mamoru Oshii what he thought about the idea of turning Terminator into an animated series. His response was ‘Ishikawa, are you out of your mind?’ At that instant, I was confident we should get onboard. As huge fans, our team at Production I.G is putting their heart and souls into creating this series. We hope fans will enjoy it!”

No other information about the Terminator anime has been released so far.

This would be the first animated work for the franchise.

There was a Termination collection of animated shorts in the planning, slated for release in 2008. But this did not work out, and the shorts never saw release. The T-800 robot did make a cameo in the iconic Japanese series Doraemon in 2009.

Advertisement Hakusensha, the Japanese publishing company made an announcement on Thursday that the creator of the manga, Berserk, Kentarou Miura passed away on May 6 in the afternoon because of acute aortic dissection. He was of age 54. His family held a small private service for his funeral. Born on July 11, 1966 in Chiba…