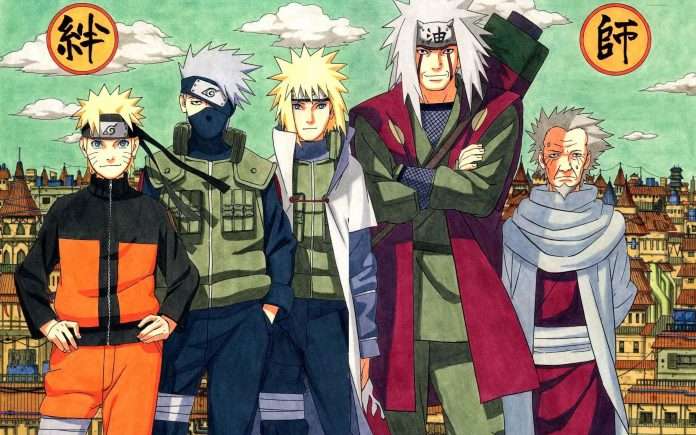 From being the world’s first knuckleheaded Ninja to becoming the powerful Hokage of all time, Naruto has come a long way.

Fans of the show could not let go of their favorite Ninja even though he has grown up and has a kid. Fans still watch Boruto just solely for Naruto. Naruto’s fandom keeps growing every single day.

Here we bring you the top memes of Naruto that give us mixed emotions. Beware, it also will make you wanna start watching the Naruto series from the start. Ever wondering how to watch, the first one is on Netflix and the second one is on Crunchyroll. 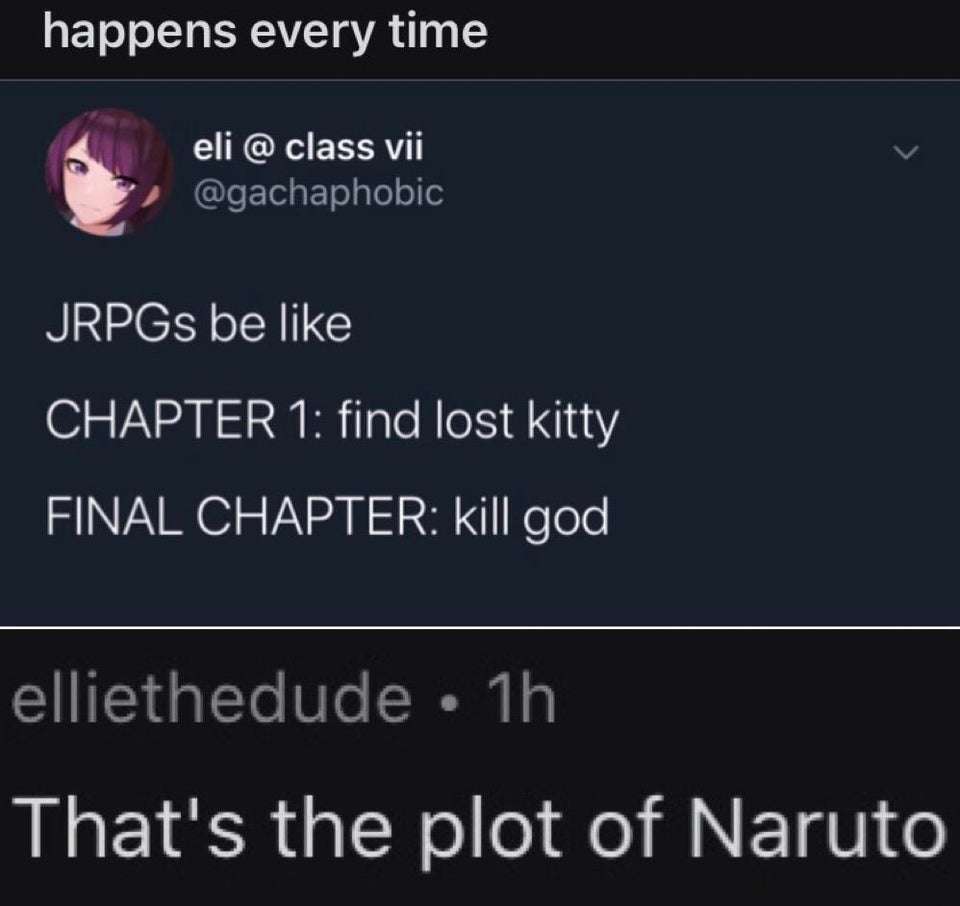 While Naruto couldn’t stop jumping from the minute he was promoted to Genin, the Hokage and the others were sure to give them minor missions. But suddenly, it took a giant leap and sent them on a dangerous mission. One simple way to explain the plot of Naruto will be with this hilarious meme. 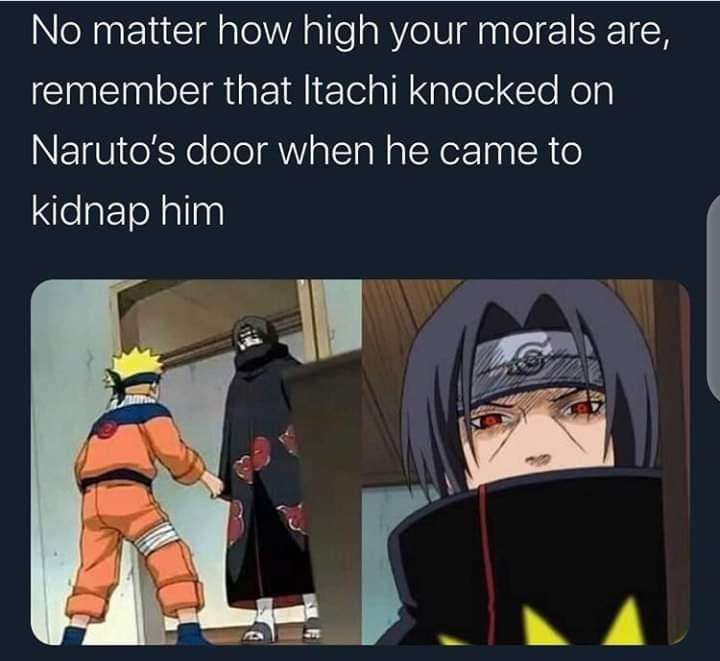 Itachi, the brother of Sasuke, was one of the most powerful Ninja but at the same time had manners that cannot be missed even while he was on a kidnapping mission. While he goes to kidnap Naruto, he knocks on the door politely instead of just storming in and snatching Naruto and thus making it a great meme material. 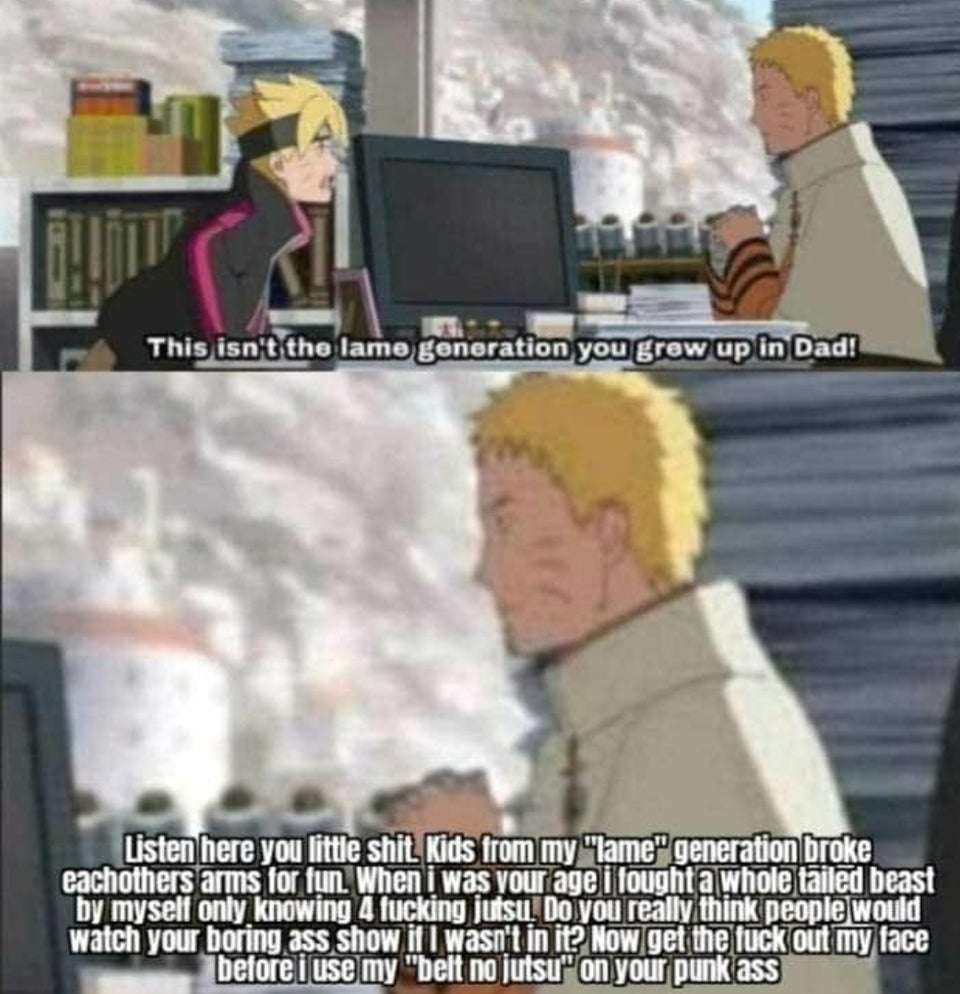 This meme is a dig at the Boruto series; given that most of the fans watch it only because of Naruto, it makes sense. And also, it’s the bitter truth. Boruto has failed to impress the audience as Naruto did. 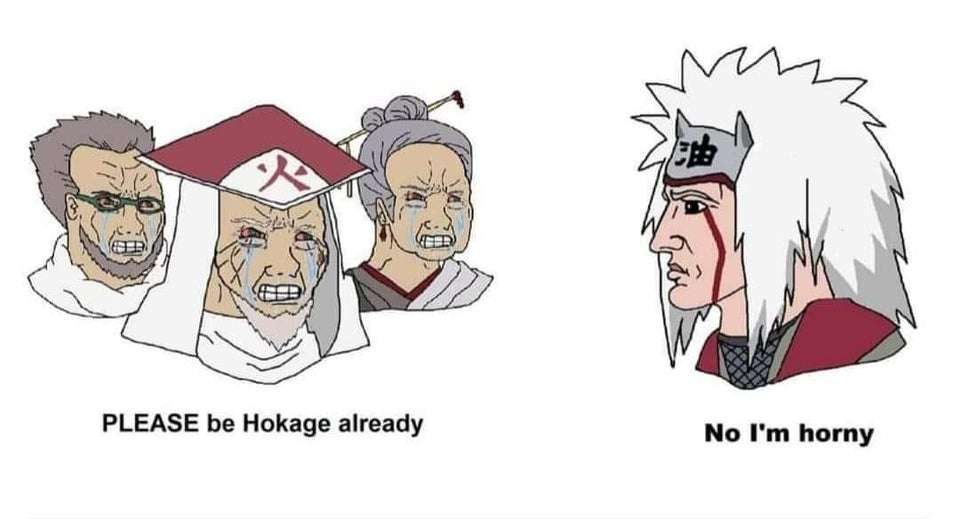 While the meme contents from pervy sage are in abundance, one thing did catch our eyes. The man and his infamous cover for being a pervert, “Researching for my book.” Given that Kakashi was reading it all the time makes us wonder what was wrong with him too. 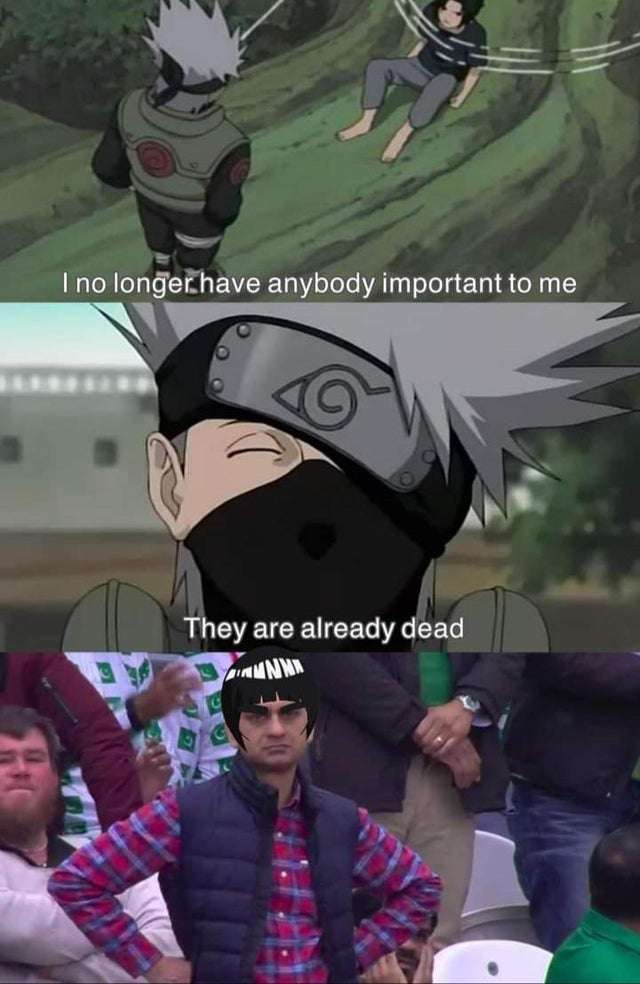 While this meme was taken from one of the most critical and rare scenes where Kakashi shuts up Sasuke, if Guy was present, it would’ve been a different scene. Kakashi and Guy shared the same relationship as Naruto and Shikamaru (the beginning stage), not Naruto and Sasuke. 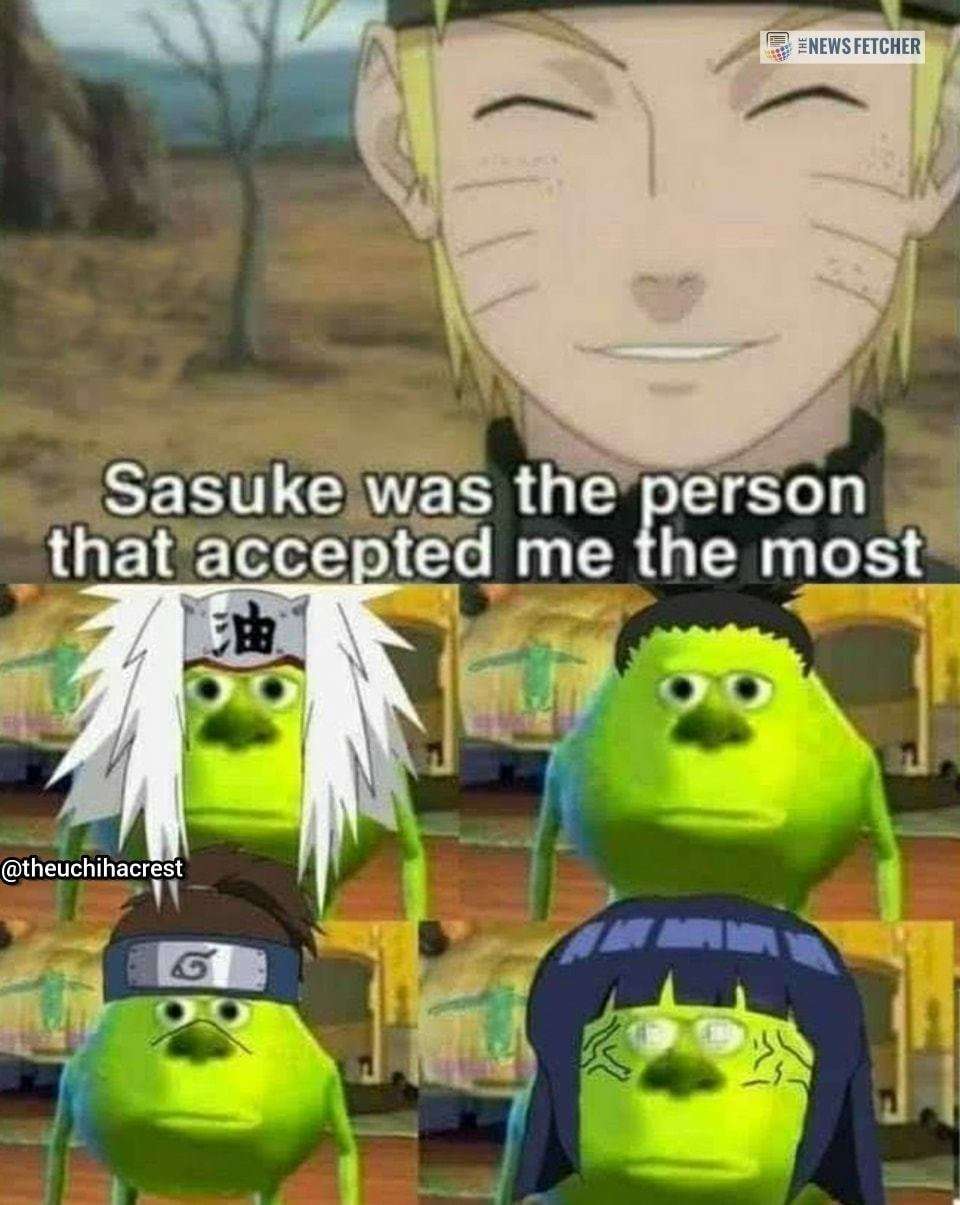 Naruto is not only a knucklehead but is also the most genuine character. He sees good in everything and sometimes forgets to see anywhere other than Sasuke. He, from the start till now, wanted Sasuke’s approval and encouragement. This meme is just a sample of how much he regards Sasuke. 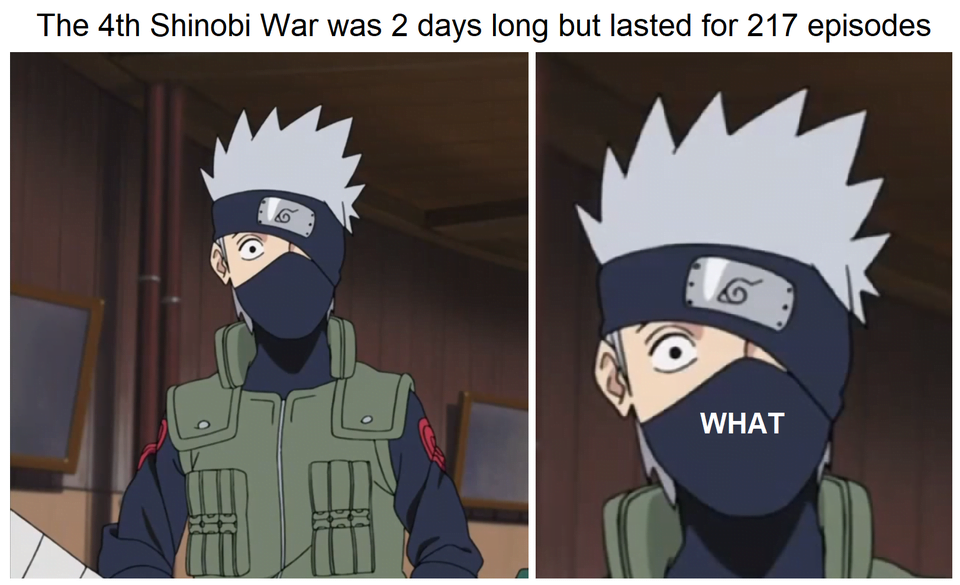 The Naruto series also had its share of fillers and drags. The funny meme which fans created was when they realized that the 4th Shinobi war only lasted two days but the series had 217 episodes for those events along with fillers. 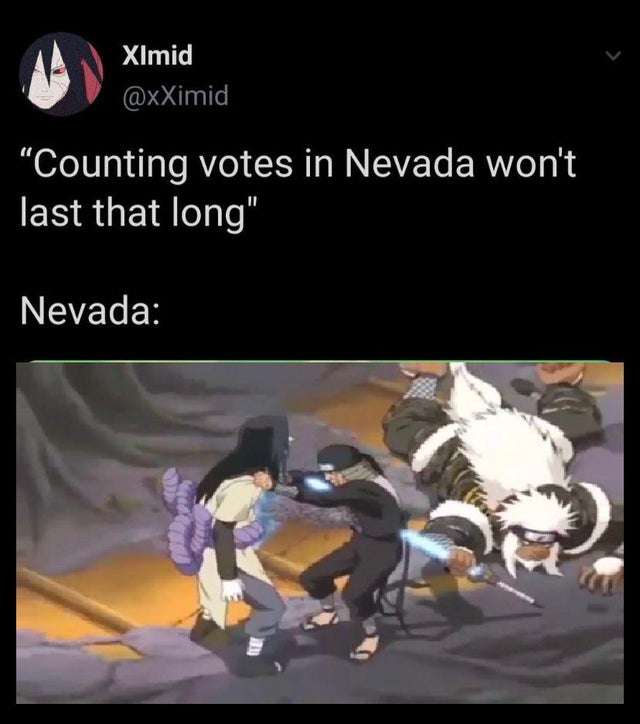 The Third Hokage’s death was painful, but what was more painful is how long the one scene of the Hokage tying Orochimaru’s hands with the  Reaper Death Seal lasted. I mean, seriously, it was such a drag (read in Shikamaru’s voice). And our fans got creative and compared that to Nevada’s vote-counting delay in the US 2020 Election. 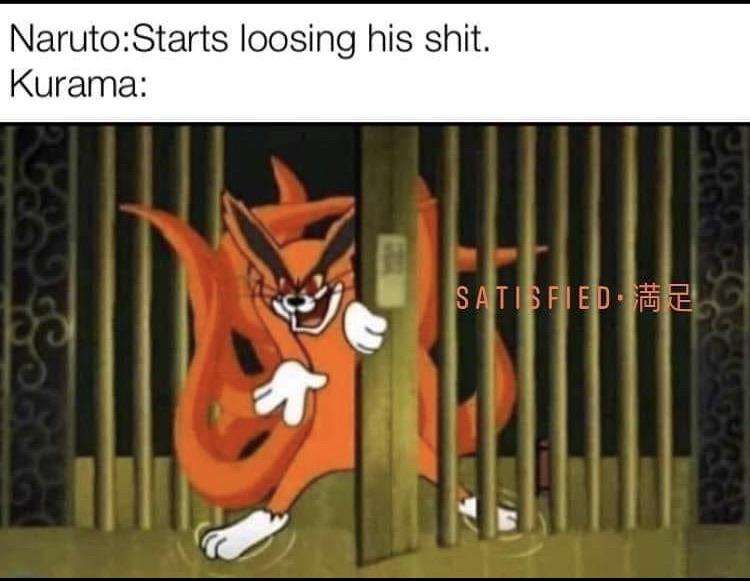 Whenever the willpower and sheer strength of Naruto fail (which is rare), the beast within, aka the Nine-Tailed beast, pops out and starts giving the power to keep it’s host body alive. thus making a very good sneaky Tom meme. 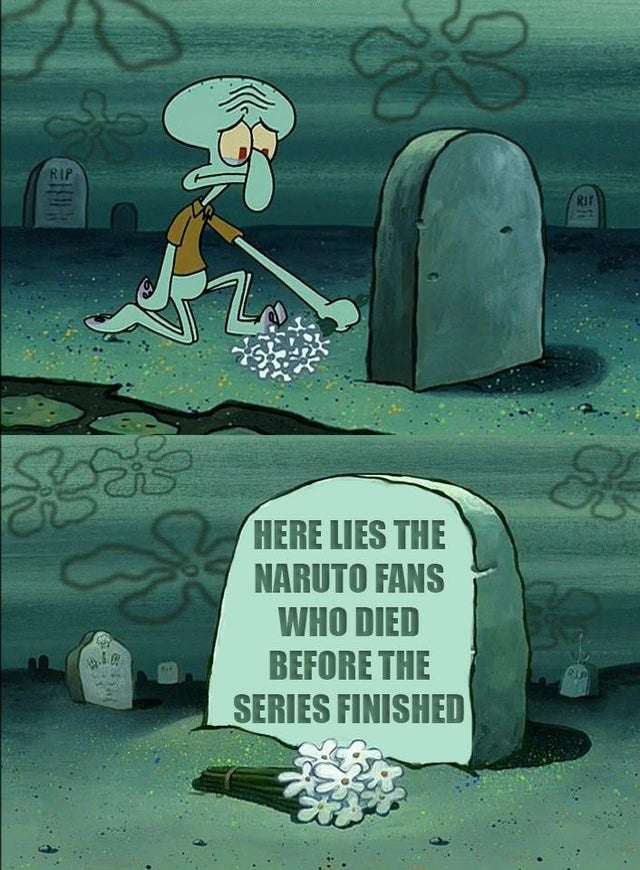 While this is still a meme, it hits us quite differently. From the first episode, the only thing that comes out of Naruto’s mouth other than Ramen is “To be Hokage one day.” This meme sends a tribute to those fans who passed away before seeing their favorite character become Hokage one day.