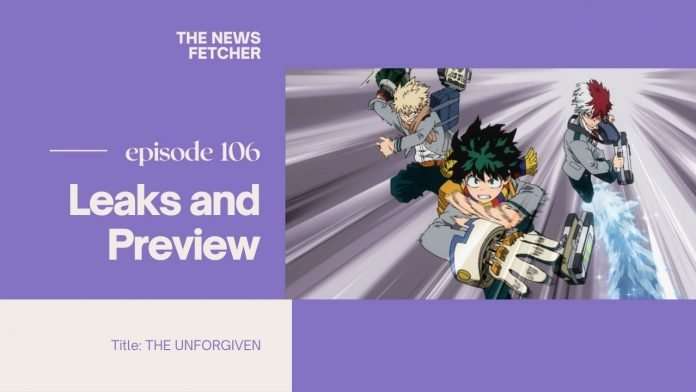 Here are the leaks for My Hero Academia Episode 106. The episode is titled “The Unforgiven”. It will air on July 31.

In the previous episode, Katsuki, Shoto, and Izuku are given a task by Endeavor to beat him in catching a villain. The trio tries their best, however, the Pro Hero is always a step ahead. Endeavor sends them to rest for the night while he stays for patrol.

Back at the agency, Endeavor look at the book Hawks gave him and reflects on his message. He gets a call from his daughter, Fuyumi. She asks him to invite the trio for dinner as they’ll be starting school soon. 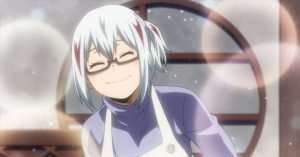 The next morning, the trio plan to finally beat him. They patrol the streets, however, Endeavor still manages to be the first to beat the criminals.

As night falls, he invites the three for dinner at the residence. Katsuki and Izuku overhear the siblings talking about the family issues. Katsuki barges in and complains that it spoils the whole mood.

Izuku says to Shoto he believes he’s getting ready to forgive him. Endeavor prays to a shrine in a room while wishing Toya is here with the family.

A hooded man is out from prison a few days ago, and he sees Endeavor’s fight against the High End on TV. He begins to smile.

My Hero Academia Episode 106 will cover:

If you are interested in more articles related to this anime check out this article on the My Hero Academia manga series.