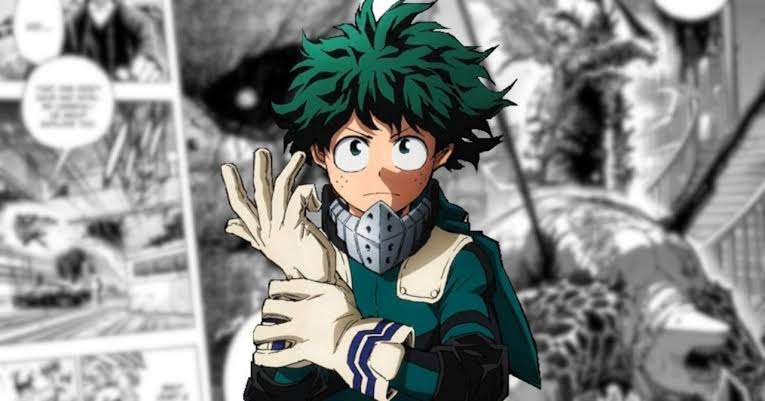 It’s no exaggeration to say that My Hero Academia has taken over a huge part of the anime community. This is rightly so since it’s one of the most addictive series to come out in recent years! And the series’ progress has become incredibly interesting recently with it’s new arc.

Also, its anime movie counterpart ‘World Heroes Mission’ is finally given a scheduled date for an international premiere. However, fans are most heavily focussed right now on the manga, where the plot has reached a sort of turning point where serious decisions beg to be made and the civilian population is still on uneasy terms with our heroes.

The most pressing question now is when My Hero Academia Chapter 325 is releasing. Continue to read to get much more details!

What is the Release Date of My Hero Academia Chapter 325?

The upcoming Chapter 325 of My Hero Academia is set to be released next Sunday, on 5th September, 2021.

Where to Read My Hero Academia Online?

So, there are two ways to read the manga online for free. You can either access it on Viz Media’s official website or on Shueisha Japan’s official Manga Plus mobile app or website.

Not only can you read the latest chapters of My Hero Academia, you also get other available manga for free. However, if you want to read the full manga, you will have to make some payment.

Recap of My Hero Academia Chapter 324

In Chapter 324 of My Hero Academia, Uraraka gives her speech and talks about how she always loves to see people happy. She recounts the past when she was extremely delighted to see many happy faces at the sight of the heroes in action for the first time.

Deku is surprised to hear his comrade’s speech to the civilians. When civilians notice Deku’s filth covered appearance, Uraraka responds that heroes are the only ones covered in such filth. She also tells them they should give Deku a moment’s rest to clean the dirt off.

Not only are Uraraka’s friends super impressed to see her stand up for Deku, even Deku gets overwhelmed and becomes teary as he calls Uraraka’s name. Uraraka clarifies that she hasn’t given any reassurance to the citizens so far because, like them, the heroes too are experiencing the same fear.

She firmly states that all of them are like neighbors in this makeshift refugee and Deku has every right to be in the same space as them. And the biggest reminder of all, she tells the civilians that at the end of the day, Deku is only an ordinary high school kid and to not be so hard on him.

What Can We Expect from the Upcoming Chapter 325 of My Hero Academia?

We’ll get all possible leaks and spoilers of Chapter 325 when the raw scans are released on Thursday. The upcoming chapter is likely to show Deku entering the UA and fans may then get to see him reunite with his friends from the academy.

Uraraka gave such a hard hitting speech, emphasizing Deku’s important role and his very real vulnerabilities too outside his duties as a hero. Surely some hearts will be moved now. Seeing Deku’s struggle, the civilians now might consider letting him stay.

Deku’s mention that this is the story of how he became the best hero, was also stated by him in one of the earliest chapters. So it seems like this is definitely one of the most crucial moments of Deku’s life, and as such, he’s reflecting so heavily on it.