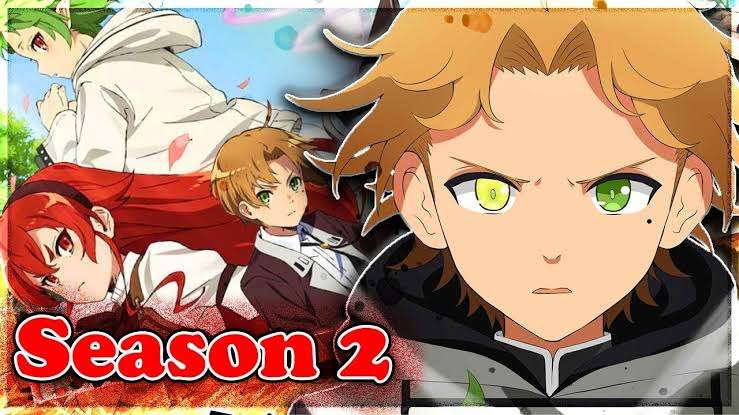 Episode 4 was such a happy, comforting one with the wholesome slice of life content but the latest Episode 5 really pulled us back into reality. As we predicted earlier, Mushoku Tensei has done it again. We knew Episode 4 was the calm before the storm as is usually the pattern for this series, and Episode 5 finally dropped the ball and Rudeus realizes that the situation is much worse than he’d imagined.

The reunion between the father-son duo was such a poignant heartbreaking scene. It gets even more complicated as the audience knows that the vast differences between their experiences have shaped who they are and their perspectives and that neither Paul nor Rudeus are entirely wrong. Curious about what will happen in Mushoku Tensei Season 2 Episode 6? Continue to read to find out!

Mushoku Tensei Season 2 Episode 6 is scheduled to release on Monday, November 8th, 2021. The title of this upcoming chapter is ‘Reunion’. It will be aired at various times on TOKYO MX, SUN, BS11 and KBS.

In Episode 5 of Mushoku Tensei Season 2, when Rudeus and his party finally arrive at the capital city of Millis, Millishion, they decide to take some time off after Geese goes away. This is when the episode picks up heat as Rudeus reunites with Paul and learns how the teleportation disaster has created utter chaos in his home village.

Paul and his party have been working tirelessly to save many people and also track down missing villagers. When Rudeus learns of the situation back home, he tells Paul all about his journey from the Demon Continent, and this turns off Paul as he feels like Rudeus is not showing appropriate concern for the victims of the disaster that took place in their home village.

Enraged by Rudeus’ reaction, Paul starts a fight with him, and the two only stop after Norn intervenes. The anger directed at Rudeus feels familiar to him, and he suddenly recalls his past life.

It was quite a heartbreaking episode as we saw how Rudeus and Paul charged at each other when we know perfectly well that both of them are not wrong. The situation is so complicated as we all know Paul doesn’t underestimate but rather highly believes in his son’s abilities. Paul only found the way Rudeus fondly talked about his adventures at such a bad timing to be insulting.

But we know that it hasn’t been easy for Rudeus and the gang either. And it’s understandable why Rudeus got angry too, as Paul really expects a lot- way too much from him. Paul expects him to have gone out into the world and saved everyone, when really Rudeus was just being the child he actually is and trying to survive and come back to his family.

Later, the episode does end on a better note as Eris manages to lift Rudeus’ spirits, and he realizes that he has a lot to be grateful for in life. After such an emotionally charged episode, we wonder how the next release will turn out to be.

What Can We Expect From Mushoku Tensei Season 2 Episode 6?

In episode 6, we can expect Rudeus to meet Paul, and perhaps set aside their differences. Hopefully, there will be a reconciliatory interaction between the two. Rudeus may also finally come to realize that his indifference to the villagers’ suffering is indeed shocking and do something about it.

You can watch Mushoku Tensei Season 2 Episode 6 and the other episodes of the series on sites such as Funimation, Wakanim and Hulu. Fans residing in Southeast Asia can stream the series on iQIYI, Bilibili and Muse Asia’s YouTube channel.