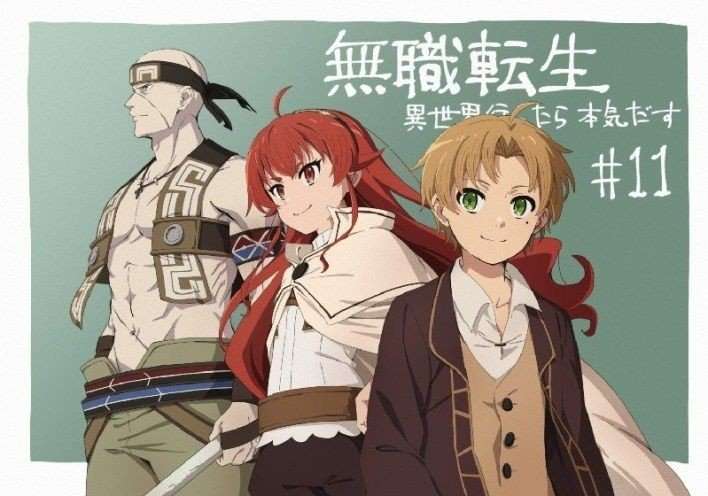 Mushoku Tensei really keeps serving us wholesome episodes on a giant platter. The show has done it once again. Another solid episode! Rudeus escapes Pax’s holds through an unexpected help from Zanoba Shirone, the third prince. And the day is saved also thanks to Ruijierd and Eris who played their part in saving the imprisoned families of the palace soldiers. Below, you’ll find everything we know about the upcoming Mushoku Tensei Season 2 Episode 10.

Episode 9 begins by showing how Lilia and Aisha, after travelling a long way, reach Shirome kingdom. When Lilia asks for Roxy Migurdia to the guards at the palace gates, prince Pax hears their conversation and asks if Lilia knows Roxy. Then, Pax puts Lilia and Aisha in prison to use them as bait for Roxy. This effectively shows the backstory of how the duo came to be imprisoned under Pax.

The scene then cuts to Rudeus who is kept captive by Pax in a magic circle. As he wishes for Ruijerd and Eris to come save him, somebody shows up and introduces himself as the third prince, Zanoba Shirone. Zanoba asks Rudeus where he attained the Ruijerd figure. Zanoba was given the figure by Ginger who came across it in Rudeus’ belongings. Rudeus replies that he got it when he was travelling on Demon Continent.

Zanoba is also super curious and fascinated with the Roxy figure. Turns out he’s a huge fan of the creator and his excitement reminds Rudeus of modern day comic fans dying to get the latest release at summer festivals. Meanwhile, Ruijerd and Eris arrive at the palace and the guards ask them to save their families. Pax has captured them so he can easily manipulate the palace soldiers as he wishes. Ruijerd tells Eris to stay and protect Aisha while he goes to save the imprisoned family members.

Zanoba finds out that Rudeus is the creator of these figures and calls him Master. Rudeus agrees to make him his apprentice if he helps him get out of the barrier Pax put him in. Eris and party hear commotion in the palace as Zanoba makes his way toward Pax’s sleeping quarters. Aisha explains to Eris that Zanoba is a God Child. God Childs are people born with special abilities and so Zanoba is treated as a very valuable existence in the kingdom.

Aisha further says that God Childs have superhuman strength and in the past, Zanoba had torn off his little brother’s head when he was only three. Then we have a really funny scene with Zanoba threatening to tear off Pax’s head if he doesn’t release Rudeus. Ginger and the rest of the guards also refuse to obey Pax when he threatens them with their families’ lives since Ruijerd has already saved them.

Rudeus is freed after Pax agrees to release him fearing for his life at his brother’s superhuman hands. Lilia is then reunited with Aisha and Ginger and the other soldiers also reunite with their families. The chapter ends on a happy note. Lilia and Rudeus get to have a wholesome conversation as she returns him his treasured box and also wishes him happy birthday. Rudeus also gives Aisha a parting gift to remember him.

When Lilia and Aisha separate from Rudeus and party, Aisha calls out to Rudeus and apologizes for previously calling him a pervert. Everyone is surprised as this indicates that Aisha knows that Rudeus is her brother when they’d been trying to hide his real identity all along.

The final scene shows that Pax and Zanoba were held responsible for the incident and were exiled and sent to study abroad.

What Can We Expect from Mushoku Tensei Season 2 Episode 10?

There are no spoilers available at the time of writing. The title of Episode 10 is “Turning Point 2”.