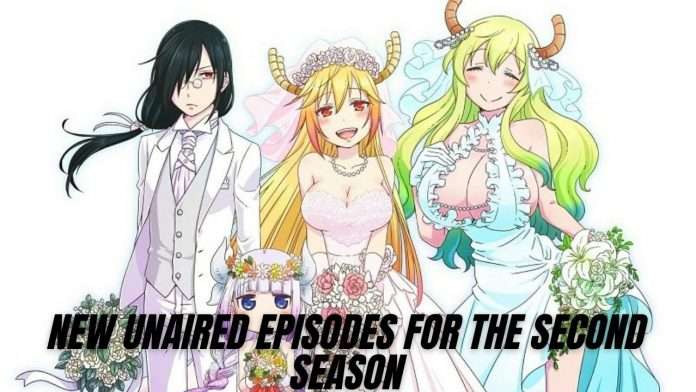 Miss Kobayashi’s Dragon Maid S will get a special Volume S according to the official website of the anime. This will be added on the Blu-ray disc and DVD.  The disc and DVD will also contain the unaired episode “Nippon no Omotenashi”.

The anime is the second season of the original anime and manga by Coolkyoushinja. The anime premiered on July 7. Crunchyroll is streaming the anime outside Asia. In April 7 a spin-off short anime titled Mini Dora began streaming on the Youtube channel of Kyoto Animation.

The cast of the anime is also the same as the first season. The new addition is Tomomi Mineuchi who will be voicing the new character Ilulu. Ai no Supreme by fhana is the new opening of the season and Maid with Dragons by Super Chorogons is the ending theme.

Kyoto animation is producing the second season. The ‘S’ in the title stands for Super Supreme Second life Starts. The anime adaptation started in January 2017.

The second season’s plot should cover: